Back to the mailbag. I've still got a pile of Mets from Cards on Cards, but I'll get to that later. I'll stick to a mailer with far less scanning involved. 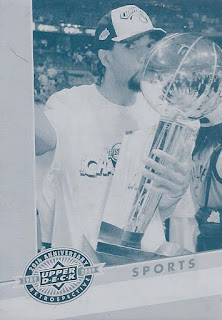 This was the item that started off the trade. Gavin picked this plate up thinking it was a Tim Duncan, but it turned out that it was Richard Hamilton pictured on the card. One Mackenzie Gore auto added to my COMC inventory later, a trade was made.

But there's so much more. 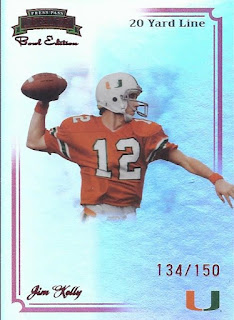 It might be numbered a little higher than the Hamilton, but this is, as best as my accounting can tell, the first numbered cards of Jim Kelly on the Hurricanes. 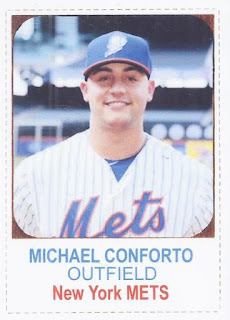 A mail from Gavin means customs will probably be in it. Such as this Conforto. 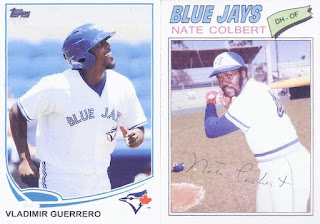 Or a couple of Blue Jays cards of guys who never played for the big club, although one of their offspring should be there sooner rather than later. 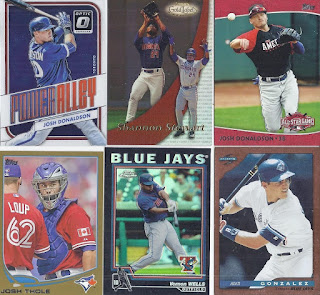 And to finish off the mailer, here's some more Jays. I'm surprised I didn't have that gold parallel of the Josh Thole - that's one of my favourite Jays cards in recent memory.

Thanks for these, and I hope the package I sent your way made it their safely!
Posted by buckstorecards at 13:39