I took advantage of the new Sportlots Box feature to pick up a bunch of cards in smaller quantities from various sellers. Let's see what I got! 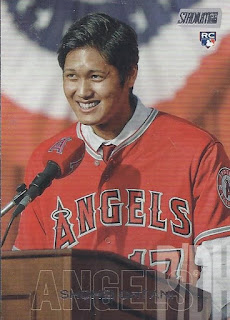 Most of the shipment was damage to my wantlist for 2018 Stadium Club. This was the one I was happiest to knock off my list, and it was significantly cheaper than at COMC, even with shipping figured in. With the approximately 20 more that were in this, only 8 left to finish it. 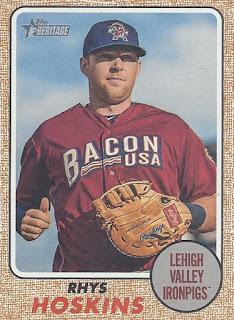 Only 1 left to finish off the non-SP portion of 2017 Heritage Minors. This was the bigger need of the two remaining. Also, Mmmmmm...Bacon. 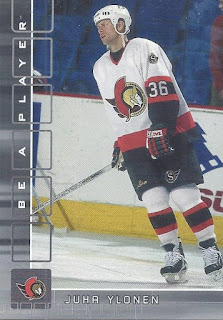 I realized I lacked a Juha Ylonen in my quest to get a card for every member of the Ottawa Senators who had one with the team. He only donned the uniform for 15 games, but still got a BAP card out of it. 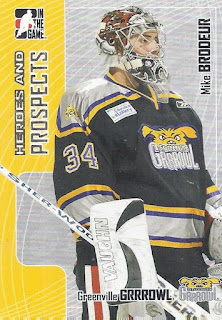 I do have cards of Mike Brodeur as a Senator, but my inner weirdo would much rather have a card of him on the Greenville Grrrowl. 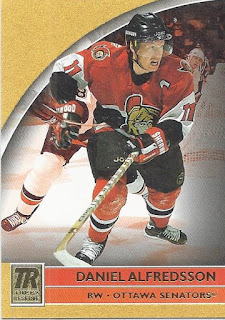 Another card of an obscure netminder, with this one bound for my masks collection. Underhill's 1 game was still enough to get him a card. His mask is from his time with the AHL's Manchester Monarchs. 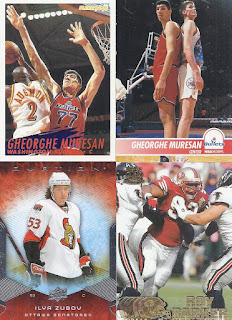 I'll end this with some 2/14 cards. That Muresan/Bradley was on the verge of breaking through to my Top 10 wanted list for a bit. That would probably have remained true even if Muresan wasn't a 2/14 baby.

And there you have it! I'll start showing off the cards from a 3 box break of 2018 Upper Deck CFL with the next post.