I like when my repack posts can have a theme, and this time, it was easy to have one. Two dollar hanger packs, both with visible LA Kings cards. Commence battle of LA. 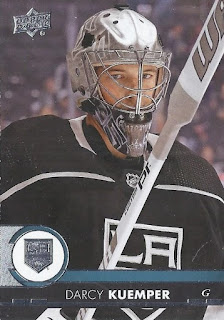 The first repack starts off strong, with a mask binder certainty. 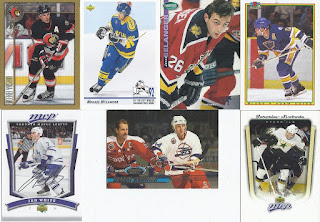 The first 7 of the other cards are also solid. A Sens card and a helmetless cameo are the highlights here. A shame that's not the 2-14 Svoboda as the final card. 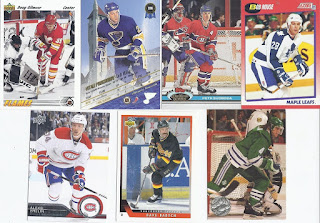 But that's not a problem as the 2-14 Svoboda shows up in the second group. Even better, despite being a junk wax era card it is a need for my collection. That's my 30th card of his in the collection. And there's some 1993 Leaf as well. This battle looks to be over quickly and decisively. 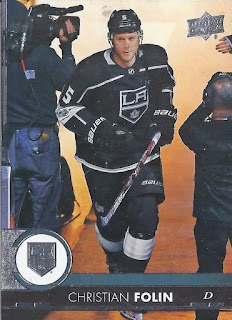 Although this is an interesting photo leading things off. 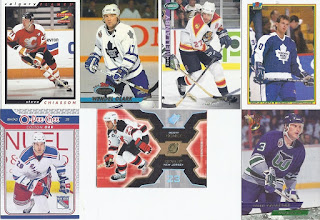 A clean-shaven Wendel Clark! That counts for something! 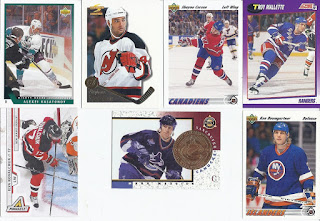 There's a couple cards you don't see much of in repack form with the appearances of Mint and Summit. So there is that.

A nice effort from the Folin repack, but a new 2/14 card will always be a deciding factor.
Posted by buckstorecards at 08:26