Like many, I did the LCS thing this past weekend. Who can turn down a free pack of cards? The Aaron Judge card came with it, so why not scan it as well? Even better, let's combine the Card Day goodies with some fresh football and hockey? 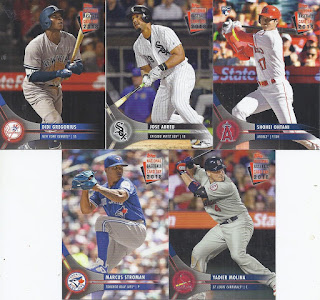 These were the cards that accompanied the visible Didi card. A Jays card and an Ohtani? No complaints here. 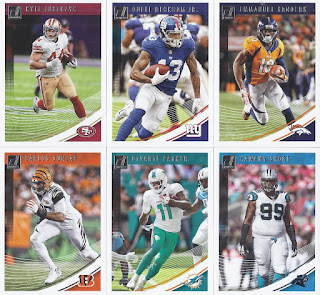 This was the veterans portion of the Donruss pack. This comprised 300 cards in the 400 card base set.  I do like when people you don't see much of in current sets get base cards. There's a couple in this group, with Juszczyk and Short, the former looks like his first card pictured with the 49ers. 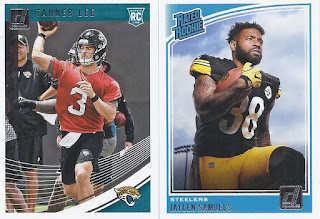 Two rookies per pack as well, and darned if one of them wasn't 2/14 baby Tanner Lee. Even with base cards, it is always more fun to pack pull cards of PC guys rather than get them on the secondary market. And he's kinda, sorta in Jags gear in the photo. 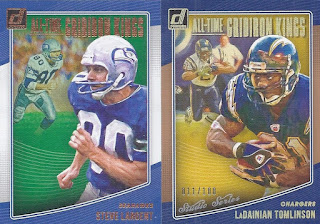 The Gridiron Kings this year are really nice. Not too obnoxious, and a really great use of the team colours. 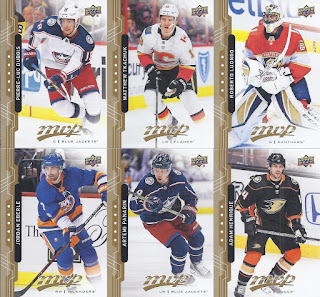 Here's the base on the MVP. Not many distractions in the design this year allowing for a very clean image. My favourite look for the front of the card for this product in ages. 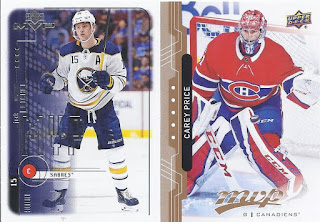 Carey Price is part of the SP portion of the set. (50 SPs with 200 regular base). Jack Eichel is from the 20th anniversary insert. I'm amused that Eichel's deal with Leaf also means that Upper Deck can't even use reproductions of his signature on their cards.

But there you have it! 3 packs fresh from the LCS. Something more Dollar Store-ish in my next post.
Posted by buckstorecards at 09:34