A Blaster for Summerslam 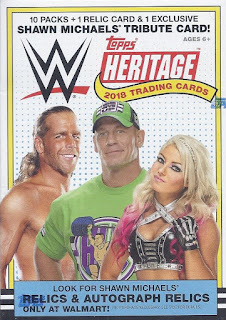 Summerslam Day seems like the perfect day to bust open my second WWE break of the month. More than just a single pack this time, here's a blaster worth of WWE Heritage from Wally World. 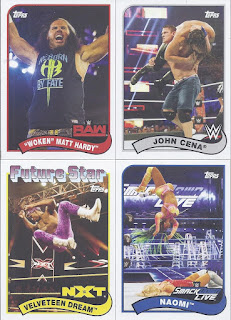 It is a trip back to 1989 with this one. Thankfully, no Zeus. I got 4 different designs represented among the base cards in the blaster. The silver/gray design is for wrestlers that aren't associated with a particular broadcast. 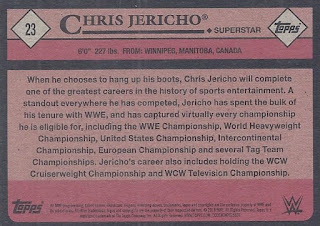 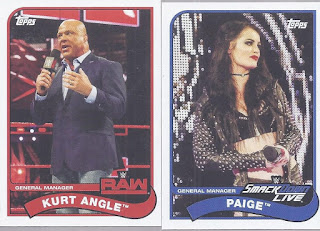 In an interesting bit of collation, both the General Manager cards were together in the same pack. 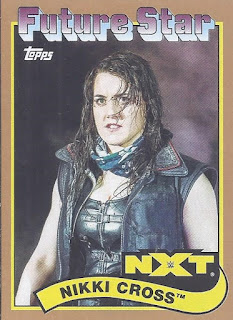 I got 5 unnumbered bronze parallels in the blaster. One of these was an Aleister Black that split apart as I removed it from the pack. I guess he didn't warrant glue. 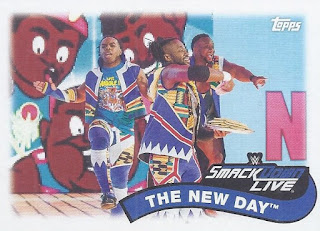 Tag Teams get an insert set in the same design as the 1989 Leaders. Many of the teams featured here also got regular base cards for their individual members. 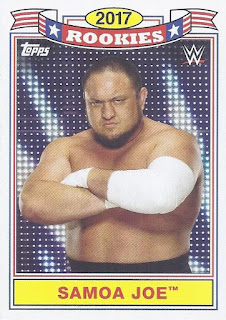 Samoa Joe. A Rookie? Whatever you say... 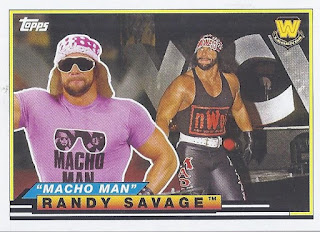 1989 Topps Big also gets to make a regularly-sized appearance in this set, with 2 cards per pack saluting wrestlers from the past. I love the design here and how the photo choices salute two distinct periods from Savage's career, although that isn't consistent with all the set. 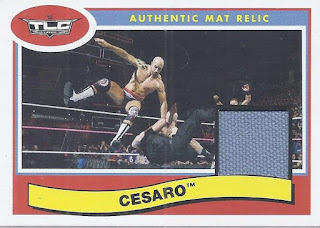 And here's the relic card. Several different 2017 events are featured with the mat relic. I got Tables, Ladders and Chairs with mine, but Survivor Series and NXT: Takeover were also possibilities.

And there you have it! It is about 10 AM on the East Coast, so that should mean the kick-off show should be starting any second now...
Posted by buckstorecards at 06:54