The final of my Mets posts for the time being, as I grab some of the cards from my COMC 'to be posted' box. 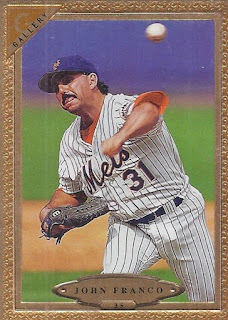 This one defaulted its way into the lead position of this post. The rest group nicely with another card or two in this posting, or is the only hit of the post. Since, in general, I like to end with hits, you get a Gallery card of John Franco. 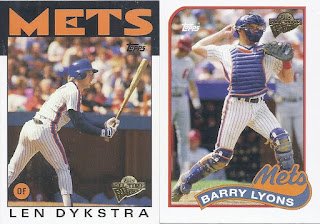 All-time Favorites allows for some welcome designs to return, and for the puzzling appearance of Barry Lyons in a release in the 2000s. But Barry is still an honoured member of the penmanship collection. 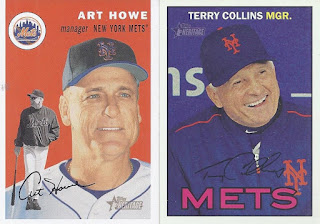 And some Piazza as well. 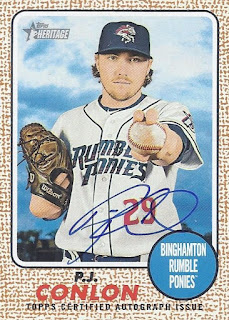 This brief posts ends with a sorta Mets card, but a minor league card is good enough for me. Conlon had an interesting journey earlier this year as he was claimed off waivers by the Dodgers, only to be claimed by the Mets off waivers 4 days later. At least he had a sense of humour about that: 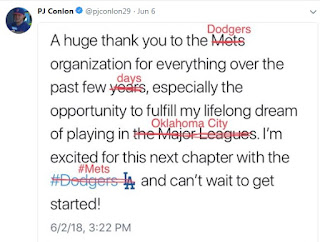 I believe he's my first auto of someone from Northern Ireland, at least until my auto of Fit Finlay arrives.

There you have it!
Posted by buckstorecards at 12:24