Here's the flea market repack I referenced in my last post. It is a typical brick, with a bunch of cards with a hit in the middle for $5. What is unexpected is that this was a baseball repack. The stuff isn't as recent as the hockey bricks, but this was still fun. 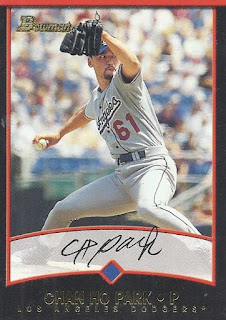 It was Chan Ho Park leading the way in this pack as the first visible card. I'm going to try to group the cards together in themes the rest of the way through the post. 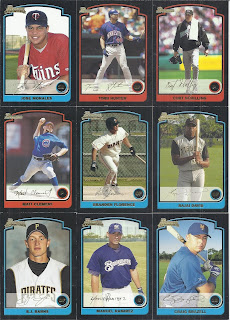 There were a stack of thicker card visible at the side of the brick, and I was curious what they were from. They were this 9 card stack of gold parallels out of 2003 Bowman. There's a few guys here I'd never heard of, as could be expected, but a Met is a nice highlight. I didn't remember that future Jay Rajai Davis was a Pirate at one point. 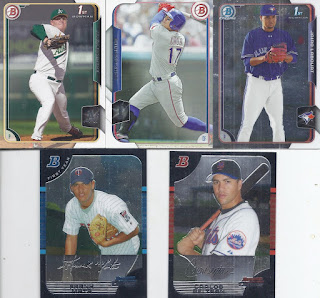 More Bowmans. Another Met. Another Jay. 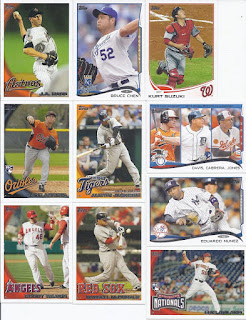 Not a lot of 2010 stuff in this. What there was came from 2010 Topps Update and 2013 Topps S1. I really like the Bobby Wilson photo with how casually he's arriving at the base.

Here's some random UD stuff from the 90s. 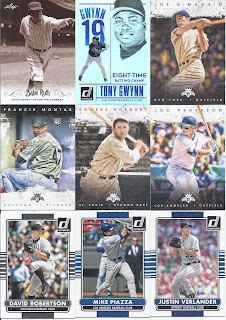 The "Who need the MLB license?" portion of the repack. That Gwynn is still a really sharp card, though, and I really don't notice it so much on the legends portion of the Diamond King cards. 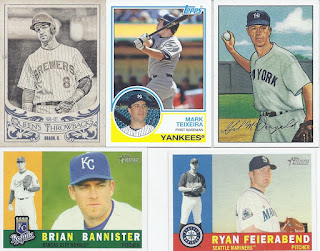 Returning back to licensed stuff, here's a nice little sampling across the various brands that appeal to that sorta thing. That's Gil McDougald in the upper corner on a reprint from 2001. 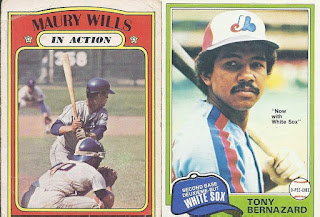 Some actual older cardboard. The Wills is a nice card, despite a couple creases. I love the classic "now with" and OPC cards. Is it an Expos card for that binder? Maybe. 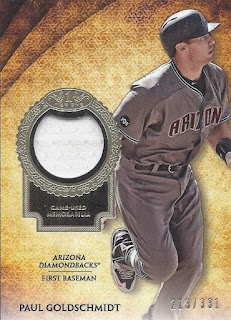 The hit. A plain white swatch, but at least it is of a star player.

And there you have it. I liked the variety more here than the hockey repacks, and kinda wish I'd picked up a second or third one of these.
Posted by buckstorecards at 08:58