Now, the group break goodies from the non-MLB licensed side of things. 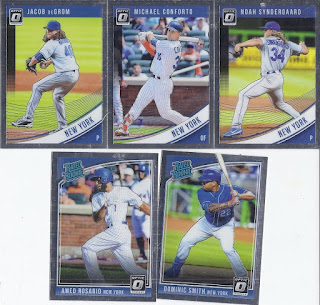 The Mets warranted 6 base cards in the set, and these were the regular ones. The collation was erratic, as I got 2 Syndergaard base cards, but 6 of Rosario. 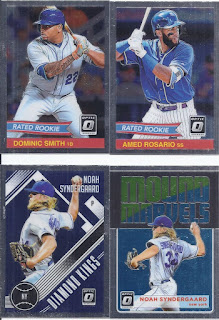 What I lacked in base cards of Thor were made up for in the inserts and subsets, as I got 4 Diamond Kings of his to make up for the lack of regular ones. Only one each of the 1984ish Rated Rookies. though. 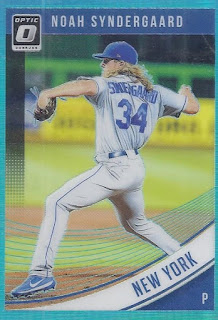 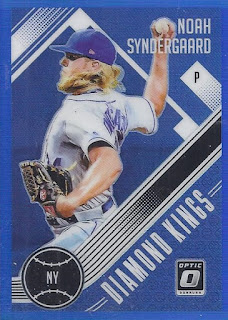 Another shiny numbered card - /149. The blue on this is almost a perfect match to the team colours, making it my favourite of my numbered parallels. 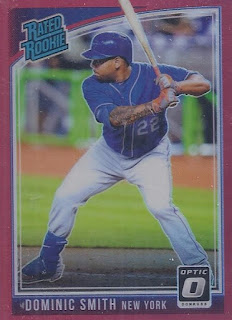 It beats out this /99 red parallel of Dominic Smith.

Autos! I'll do them in order of rarity. 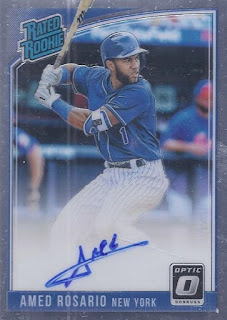 A base auto, my third of Amed. 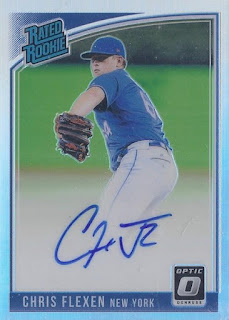 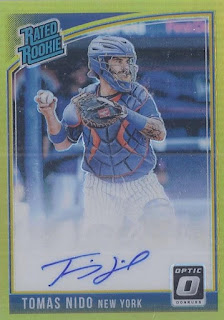 And there you have it.
Posted by buckstorecards at 14:05