Time for the second of the boxes. 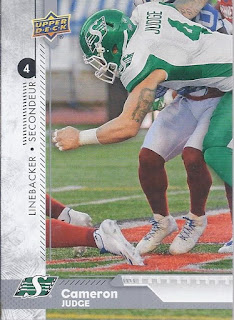 I'll probably only do one of the base cards per box. I'm just highlighting this one since it seems to be the type of photo that would look so much better in the horizontal format. 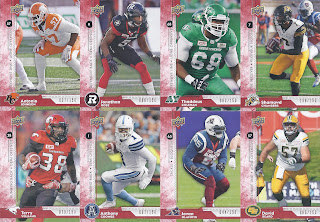 The gold parallels. Kicker love in this! I got three of these, since I only ended up with one of the purples. 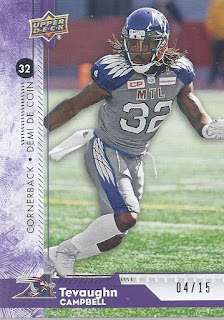 The Alouettes alternates may the uniforms that look the best in this design. 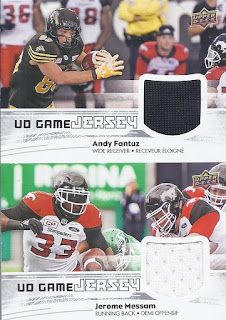 The two relics in the box. Neither player is active in the CFL at this point. Fantuz retired in the off-season. Messam, on the other hand... So I am 1-for-4 in terms of active players on the relics. Not good, but at least two of them were Ti-Cats swatches. 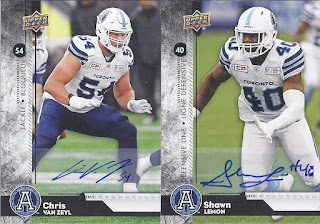 Double blue from the double blue on the autos, even though Lemon is with the Lions now. But, I'll take it, especially with the rarity of OL autos in the hobby as a whole.