Back to the COMC box, and today I'm pulling out some Kitchener Rangers alums. 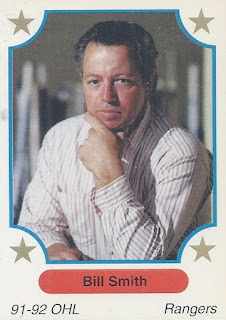 Minor-league sets can be fun. If you run out of players, then perhaps a coach will get a card. If you still have room, then the Director of Scouting gets a card. Such as here. 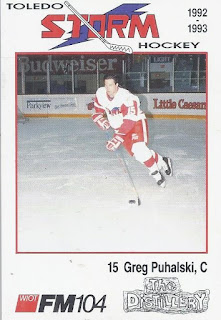 Staying with the minor league cards, Greg Puhalski was a third round pick of the Bruins in 1983. He never played in the NHL, but had a lengthy career as a minor league coach and player. As best as my googling can tell me, both WIOT and the Distillery are still around in Toledo. 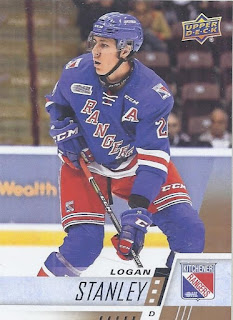 This will be the final non-NHL card of this post. Last season was Stanley's first season with the Rangers, having been moved from Windsor. The Jets selected him in the 2016 1st round. 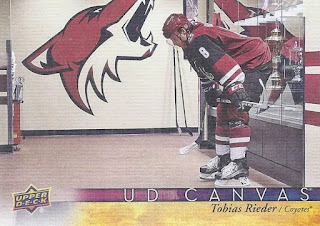 Tobias Rieder sticking his head in a painted coyote's mouth. Perfect for a canvas parallel. 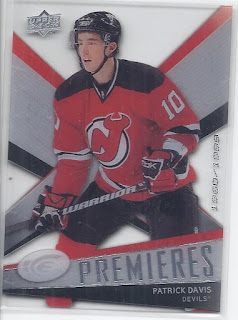 Patrick only played 9 games in the NHL, but his European career did include a stop with a team called the Wolfsburg Grizzly Adams. Which may be better. 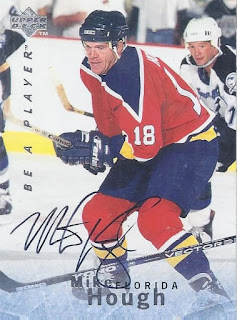 Hit time! Mike Hough was a member of the 1982 Memorial Cup winners, and then carved out a lengthy career in the NHL. I'm amused at how BAP airbrushed out the logo on Hough, but left the Tampa logo visible in the background. 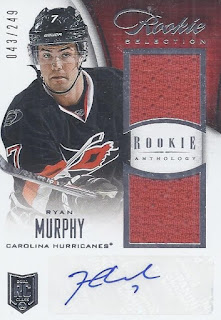 Another auto to end this, with a couple bright red swatches thrown in for good measure. Ryan has wrapped up his first season in the Minnesota Wild organization.

And there you have it!
Posted by buckstorecards at 07:53