Mailbag time again, and these are some mailers from the card companies themselves. 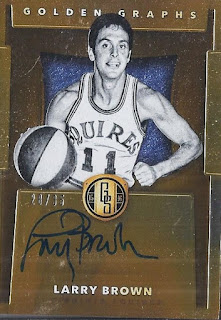 I'd mentioned that I'd picked this one up with Panini Points in a previous post. I always love coming across ABA cards on modern releases. They're nice even though that seems to be the only photo Panini has of Larry Brown on the Squires.

I also had 300 more points to play with, so added a couple other cards to the shipment: 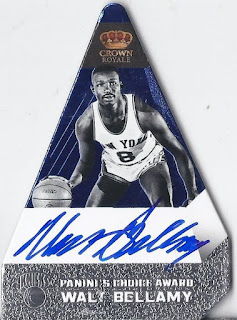 First up was an on-card auto of the late Walt Bellamy. 20000+ points. 14000+ rebounds. And a record that will likely never fall of 88 regular season games. That definitely makes for an interesting addition to the collection. 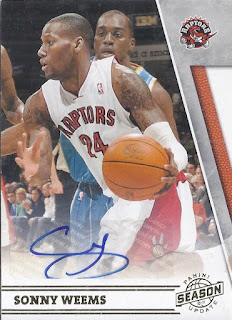 I'd picked a little more Stadium Club to work on the set, and ended up with this: 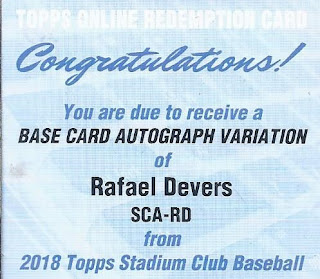 Devers had live autos in a lot of stuff, but I'm willing to wait for one of the better rookie autos out of the 2018 releases. 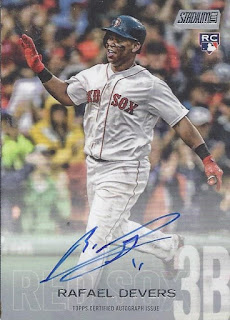 And I didn't have to wait too long either. A nice photo to go alongside it as well.

There you have it. Next up, a repack!

Posted by buckstorecards at 10:17