I'm on somewhat of a Quixotic quest to assemble as many of the gold parallels from 2013-14 Score hockey as feasible. 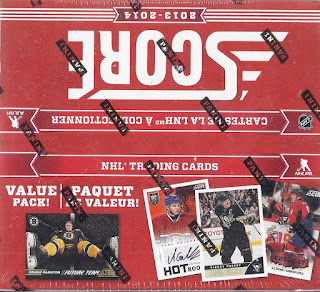 So, with this box available cheaply (about 1/3 of what I paid for one on release), and 8 golds per jumbo pack, why not add a bunch to the collection of cards I'm trying to convince myself I'm not really collecting? 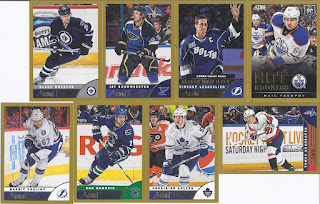 This is the second hockey post in under a week where I land a Yakupov and think "that would have been a really nice pull at the time". In terms of needs, this was probably the worst of the packs, as the Bouwmeester, LeCavalier and Kundratek were all dupes. For the whole box though, there were 70 that weren't. 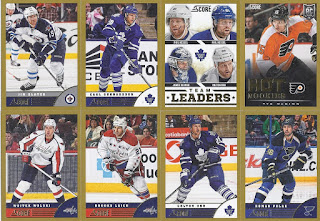 The collation for the gold parallels seems to be bunched up, which means you'll be seeing a lot of cards for the same teams throughout. That can be good or bad, depending on how these fall with regard to set needs. 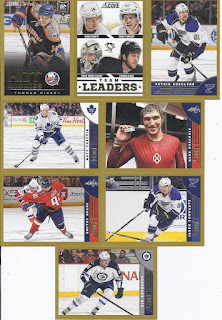 I really did love the photo choices in this set upon its release, and this break allowed me to remind myself of my faves. Both Caps cards are really nice in the horizontal format, especially the full extension on Orlov. 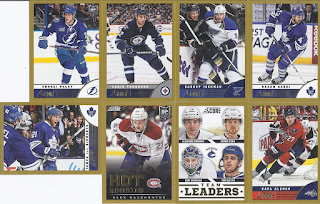 Galchenyuk was another dupe from this, but at least it will go nicely into my COMC shipment. 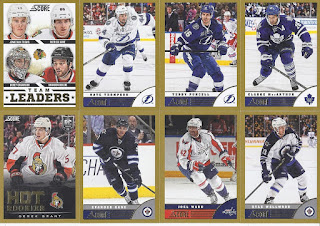 The only Senators gold card in the box. 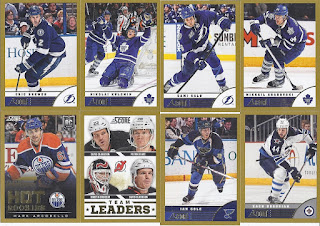 The photo on the Kulemin card was also used on his Upper Deck base card. 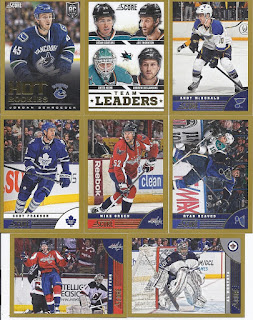 That Eric Fehr was another one of my favourite photos in the set, and a perfect use of a horizontal medium to highlight both the goal celebration, and the dejected goaltender in the background. 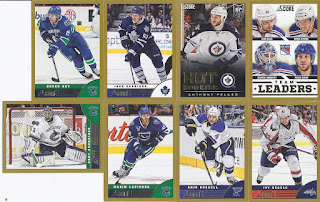 Check out Schneider's concentration on the puck! 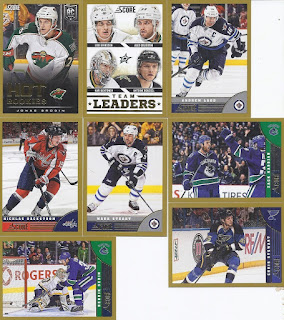 Sedin sweeping the puck into the net was another one of my favourites in this set. 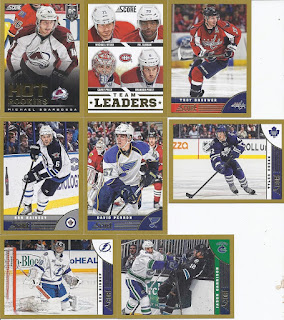 And it ends with an example of Goaltending Gallimaufry (tm: Card Boarded) as Ben Bishop was still rocking his Senators mask while in Tampa.

And that's 80 gold parallels. There was a lot more in the box in terms of inserts/parallels/hits as well, and those will be up tomorrow.
Posted by buckstorecards at 07:55