Finally, the case comes to an end. 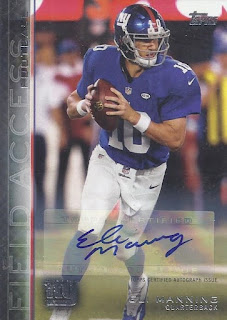 When I busted my single box of this about a year back, the first auto I pulled was of Eli Manning. So it is somewhat appropriate that this case ends the same way the box started. I sold that one, so I'll hold onto this one for the synchronization factor. 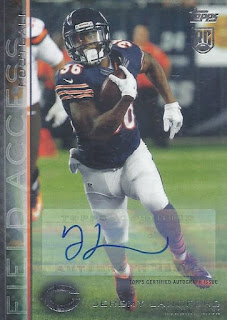 A rookie autograph was the second pack's hit. He was released at the start of this season, and is now on the Jets' practice squad. 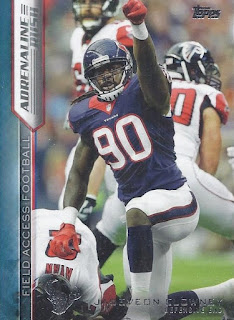 The numbered parallel in the box was in the 3rd pack. That's my second insert in the box of this 2/14 baby, but this one is /99. 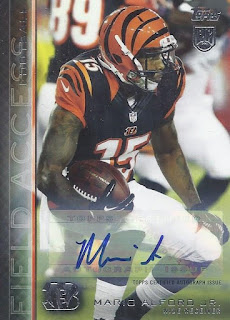 Matt @ Bob Walk the Plank was the big winner in this case, landing three autographs of West Virginia alum. Alford wraps up this trifecta of autos. 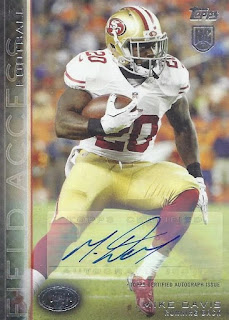 That box that started off with the Eli? It also ended with a Mike Davis autograph.  Perfection!

And that's a case of great photography mixes with sticker autographs. On the whole, probably an average case of the stuff with a few memorable hits (Manning, Mariota, Cousins, Charles, White) but I definitely could have done with out the three Careys and two Sankeys.
Posted by buckstorecards at 13:17