Here are the highlights from the other box of Crown. 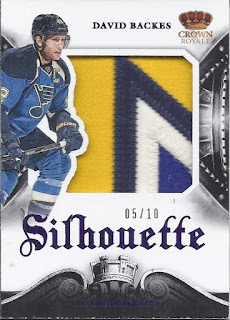 After not getting a large patch when busting my box of Prime, I guess Crown decided to make up for it with a pair of beauties. While yesterday's was event-worn, here's a game-worn patch to make up for it in all its 4-colour glory. 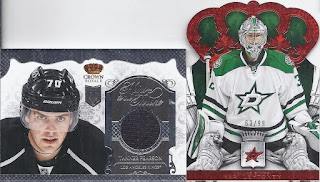 The only base parallel I landed was this ruby parallel. Tanner Pearson was sort-of a Kitchener Rangers alum, as he was their stick boy before starting his on-ice career. When the Kings won the Cup, and he had his day with it, the Rangers dressing room was of the stops. 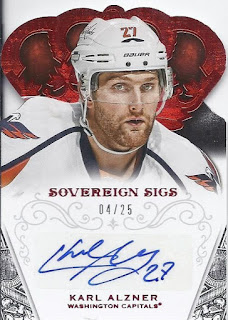 A vet autograph! Sovereign Sigs could get sticker-dumpy at points, but at least he's still active in the league at this point. 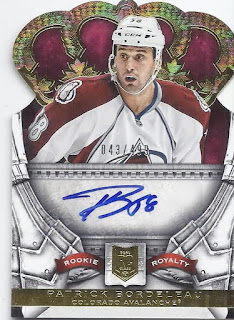 And the final hit is my second Patrick Bordeleau sticker autograph. That's not the best ending to a box, but I won't complain with the other quality hits.

There you go! The other package is currently stuck in UPS hell, so I'll probably start on the Field Access sooner than expected.
Posted by buckstorecards at 08:43