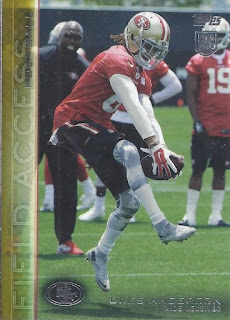 This starts off with a gold parallel /99 of Dres Anderson. His father, Willie "Flipper" Anderson is probably more famous. Still, this does make a practice photo interesting with a low grab. 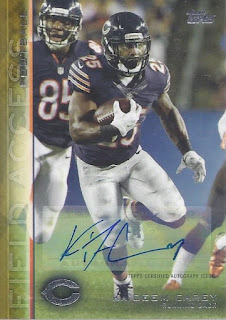 Gold parallel pulls continue with the auto, as this one is also out of 99. Carey was released earlier this season, and hasn't caught on with a team since. 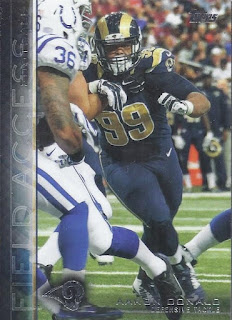 A nice action photo of a defensive player starts off this pack, as this perfectly shows Aaron Donald busting through the line. 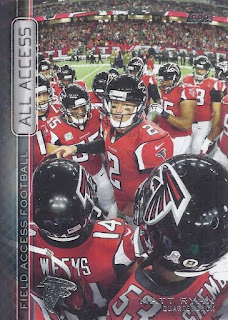 And a pre-game photo.  All-Access definitely lives up to its subset name, with this angle. 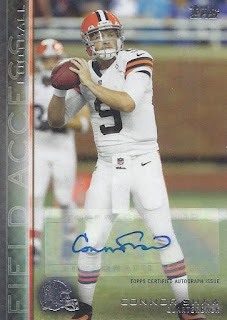 Kind of a blah auto. But at least Shaw has nice penmanship. I pulled an auto of his about a year ago in this product, but it was attached to a different photo. 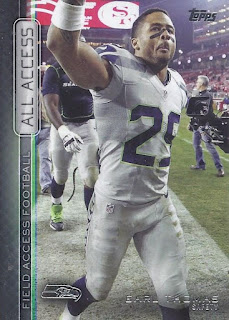 The All-Access subset comes through again with another nice on-field shot from outside of game time. 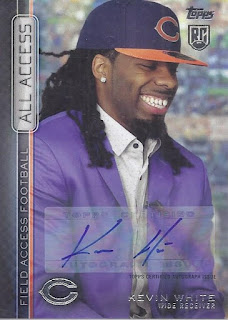 The auto is a nice one of a player who seems to have had nothing but bad luck when it comes to injuries. This one's heading to Matt @ Bob Walk the Plank, one of several autos I pulled that will be heading that way. 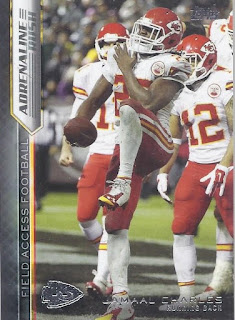 That Jamaal Charles auto looks nice even without a sticker-auto attached to it. 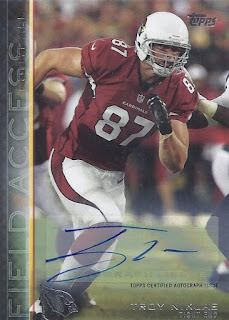 Another auto that I don't think I'll be keeping, as this will be off to a Cardinals (and Jay Barker) fan.

There's another box. Definitely one where it was better to pull cards for someone else than myself.
Posted by buckstorecards at 09:41