There were other inserts/parallels I came across while on my golden quest. I'll mention that I'm not making a major effort to acquire the gold. Despite this purchase, I'm really limiting my acquisitions to repacks/dime boxes. Nothing too major. I still have about 250 cards from this parallel set, though. 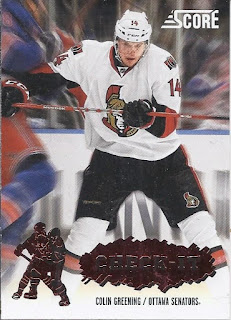 Aside from the Derek Grant parallel, this was the only other Senators card of note among the cards I got. The Check-It inserts are one of the more popular ones, so I lucked out getting the PC team. 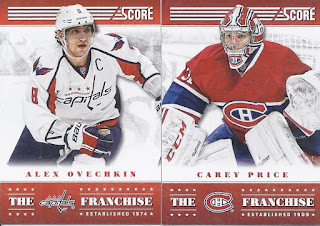 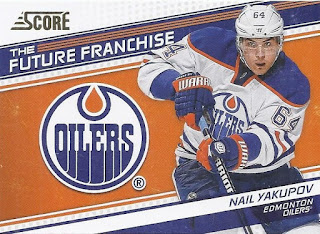 A dupe. I've been a Yakupov magnet lately. 4 years too late.

More dupes here, except for the Ryan Miller. 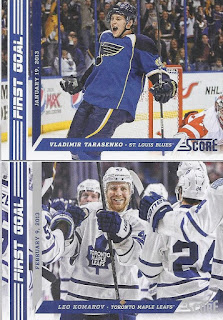 These are both new to me! Looks like at least the Tarasenko photo is actually from the first goal he scored. 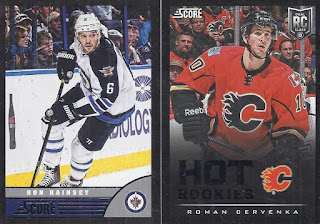 I didn't get any of the red back cards, but got 2 of the black parallels instead. Neither a major name, but I do only have a couple of these anyhow, and it is nice to add a couple. 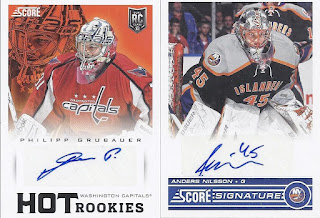 The two autos, both bound for my mask binder. As an even better bonus, both are still active in the league, albeit as backups. Grubauer is still with the Capitals, while Nilsson is now in Vancouver. 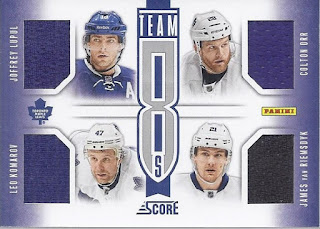 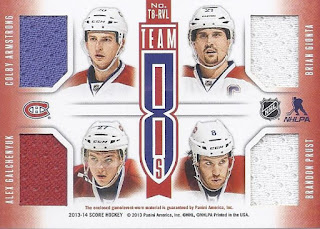 And a really interesting Team 8s card ends this post. It reminds me of something you'd possibly see in the Forever Rivals ITG release, something that even shows up in this card's numbering scheme. The only complaint is that it isn't the matching jersey for either JVR (Flyers) or Armstrong (Thrashers). This is considered to be a SP in this, so it will be off to COMC to recoup some of the box cost.

And there you go! Something else tomorrow!
Posted by buckstorecards at 10:48