Back to the case for the 9th box! 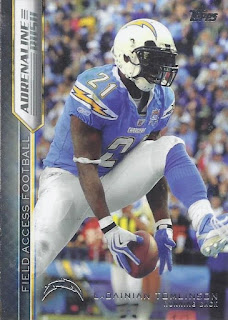 LaDainian Tomlinson has had a pair of really nice inserts in this case. The patriotic All Access card from earlier might be surpassed by this celebratory photo, complete with the classic powder blues. 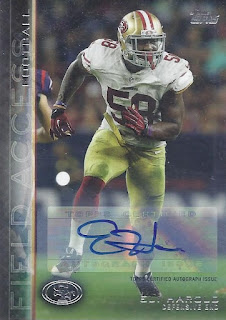 The autograph. He's still in the league, so that's always a plus. 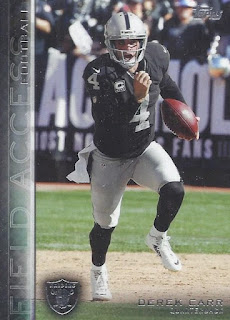 The classic infield of Oakland during football season. 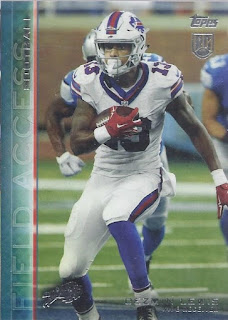 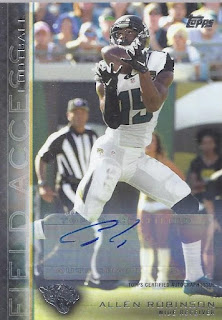 My second Allen Robinson auto so far. I definitely could have picked up a worse player auto for dupes but penmanship-wise, I probably couldn't. 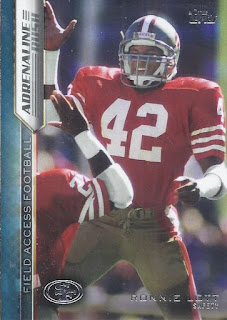 Celebrating can definitely be an adrenaline rush. These parallels are /99. 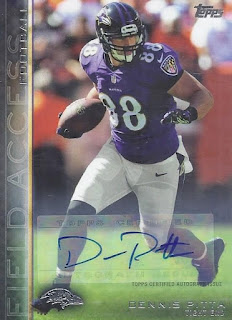 The only auto in this box that is of someone that isn't still active in the league. Hip injuries forced him to retire earlier this season. 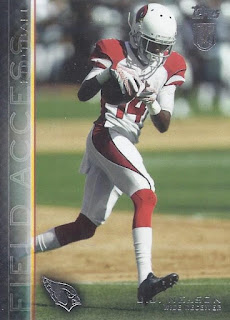 More of the infield in Oakland. 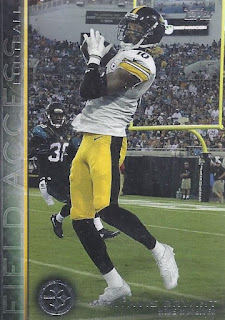 A really sweet photo with Bryant focusing on both the catch, and making sure he stays in bounds. 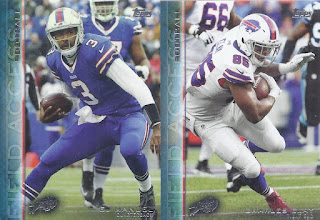 Both blue parallels are Bills in this pack. 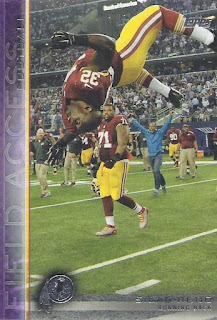 How to make that Silas Redd photo better? Make it a parallel /25! 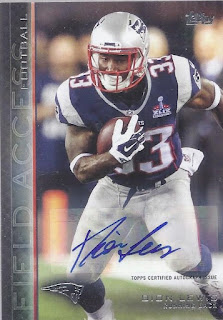 The final auto is a sticker dump (he hadn't had any autos since 2011), but Lewis is still in the league with the Pats, and his auto is more legible than most.

There you go! 3 boxes left, and I'll move into double digits on Christmas Eve.
Posted by buckstorecards at 07:51