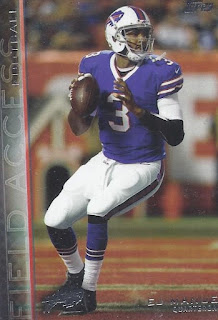 Bills content opens this one as well. Looks like from a game under the lights as well. 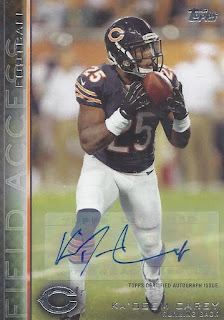 I guess there were a lot of Ka'Deem Carey stickers around Topps HQ. This is his second appearance. 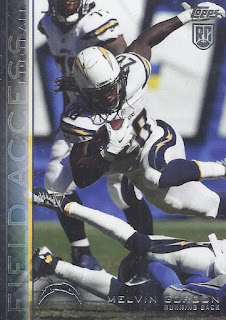 Just like in hockey, I really like photos of the player when their feet are not touching the ground. 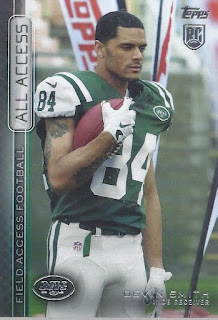 I can't imagine why Topps opted for this photo. 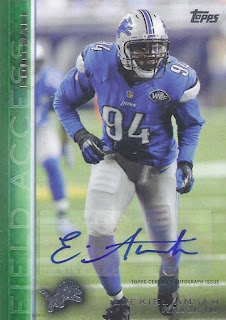 Not a bad autograph here of a high draft pick. It might be the first auto in my collection of a player born in Ghana. /50 too! 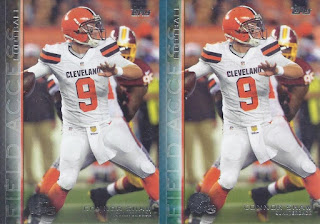 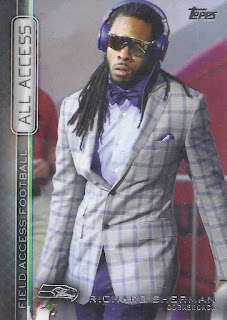 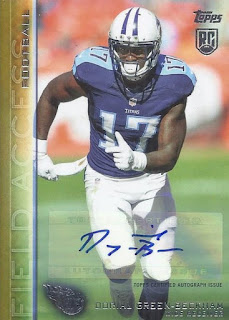 The auto may look like hieroglyphics, but he gets an exception to the rule under the long-name corollary to my penmanship criticism. 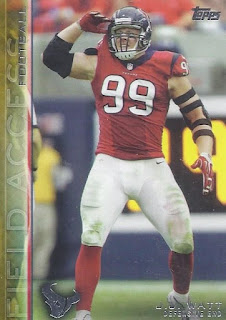 The always-popular photo of JJ Watt saluting makes an appearance here on another gold parallel. 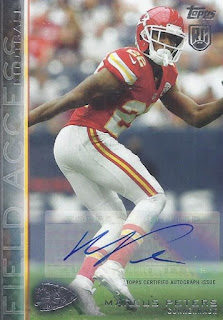 And the auto is of guy who likes to throw flags as much as officials.