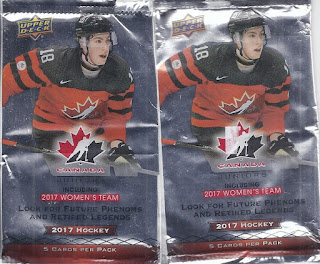 The World Junior Hockey Championship starts today, so let's see what type of damage I can do to my wantlist with a couple more packs of the stuff. 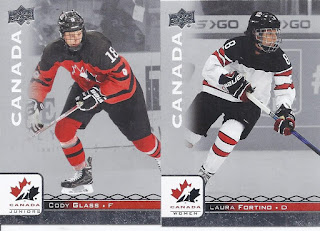 Only 2 base cards in the first pack? I'm not optimistic about too much damage being done to the wantlist. Anyhow, Cody was the number one pick of the Golden Knights this past draft (6th overall) and Laura Fortino (like all the ladies from this pack break) will be off to the 2018 Olympics. 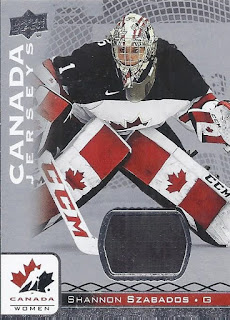 I did land a hit to go alongside the base cards, though. Probably not the best thing to say about a woman, but Shannon has great pads. 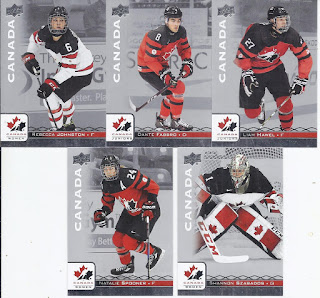 The other pack had 5 base cards to go along with the insert, so it did partially make up for the previous pack. Dante Fabbro is the only one of these folks who will be on the ice in Buffalo over the next week or so. 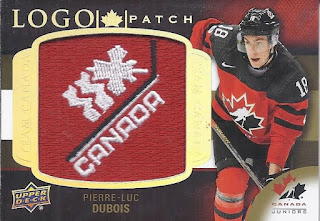 And the insert is a manufactured patch. I don't really mind these in a mid-range set like this and it does feature the cover boy from this year's release. He's busy with the Blue Jackets, and having a fine rookie season, so he won't be in Buffalo for the tourney. Still a really nice card, though.

And my wantlist drops to about 20 cards.
Posted by buckstorecards at 08:17