The last box put the final touches on the 200 card base set, so the rest of the way forward, it will be only the autos and the numbered cards. 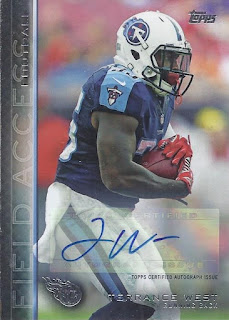 Terrance West leads the way as the first auto in this box. He only played 2 games with the Titans before being released, but has caught on with the Ravens. 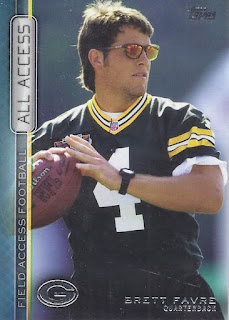 Pack 2 contained the only numbered parallel. Given Brett's cell phone habits, I'm not sure I want All Access to him. 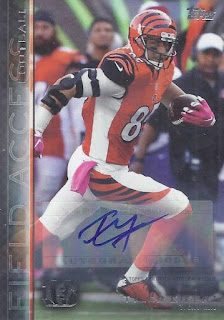 The second pack's auto was another rare member of the 2013 draft class that is not only still in the league, but with the team that drafted him, although the injury bug has limited him this season to a pair of games. 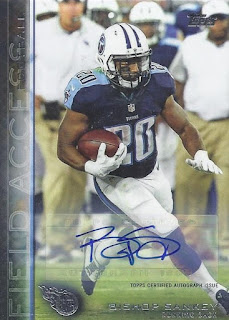 The last of my dupe autographs came from this box. At least they're attached to different photos. 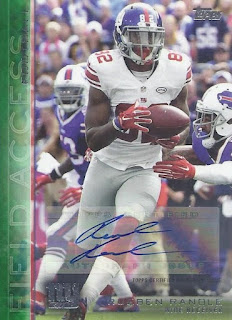 And the final autograph is of someone who is out of the league now, but it is a green parallel out of 50.

Not the best box of the bunch, but they can't all be big winners. One more to go!
Posted by buckstorecards at 07:58