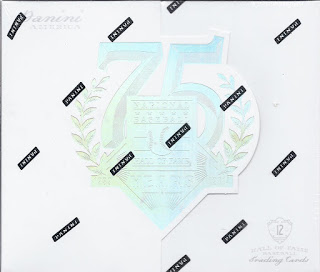 And another hobby box gets posted. And my second straight one where I don't get what was advertised, but it was in my favour. I got the promised 12 cards, but didn't get the Elite card that I was supposed to. But I got 3 autos instead of the promised 2. I'd make that trade-off every time.

Starting with the base cards, and a parallel. I love seeing the visible suit-clad fans at the game in the Grimes photo. Stuff like that makes you forgive the logo removal. 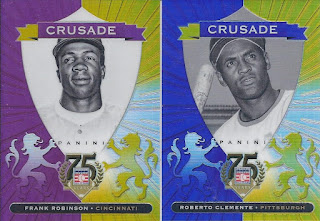 More shiny cards with these two. The Crusade design works perfectly with the hat logo on the banner. Clemente is an unnumbered base card, while the purple parallel Robinson is /50. I'm surprised he's listed as a Red as opposed to Baltimore. 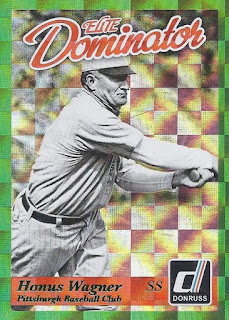 And finally, the shininess goes away as I get to the Diamond Kings. More parallels as well. It was advertised that I'd get 4 cards #'d to 75 or less. I got 6 of them when you figure these Diamond Kings into it.

And onto the autographs! 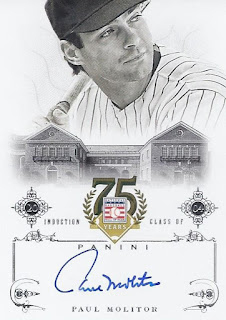 Sure, he's wearing Brewers pinstripes here, but this a Blue Jays card. It will go in my Blue Jays binder. 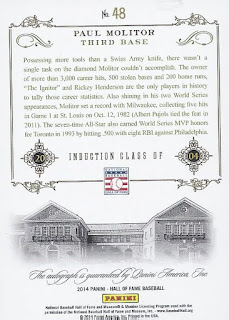 And it mentions his World Series MVP win on the back. Do I need another reason to add it to my Jays collection? 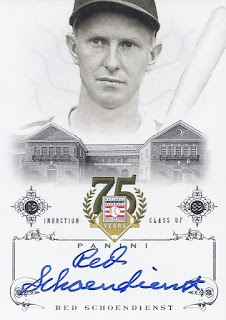 Following that, how about a sure-fire addition to my penmanship collection? How can someone in his 90's have such a nice signature, while so many today are indecipherable? 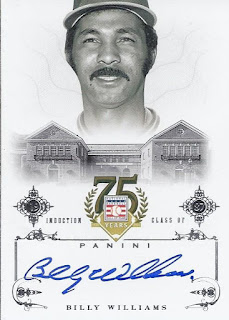 And the extra auto! Sadly, for me, this is my second autograph of Billy Williams, having pulled one from 2013 Cooperstown. Same photo on both cards as well. Fortunately for Waiting Til Next Year, this one will be heading his Super Trading way shortly. I don't have too many more Cubs to fill up the package, but he might not care.

Edit: Card is on the way!

While this provided me with the fewest # of cards, both of the hits dropped into my PCs and I got a really nice card for someone else. While the Molitor might seem like it would be the best card from the break, there's still one more autograph to show off, and it was from the box of 2014-15 Totally Certified that I'll post tomorrow.
Posted by buckstorecards at 07:56