Another round of goodies from zistle's OrlandoBolts, who I've been going back and forth with for a bit with blind trades. I hunt down Guelph Storm alumnus, and he hunts down a bunch of stuff for my varying PCs. And this latest envelope hit a bunch of them. 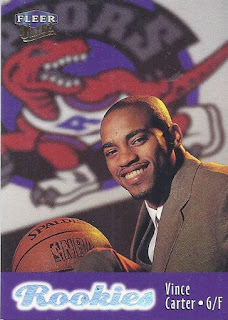 A nice way to start off is a Vince Carter rookie card. Perhaps if the Raptors had got something worthwhile in return after his trade, his name in Toronto wouldn't have spent as much time being booed as it did. 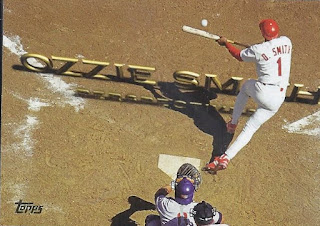 There were some set builders for 2016 Topps in the envelope as well. As well as this beauty. This might be the one where I like the layout the least, as the name obscures the shadows. 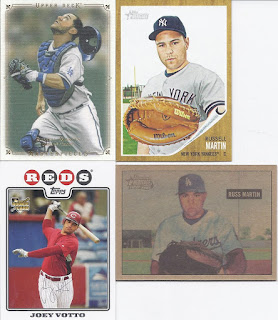 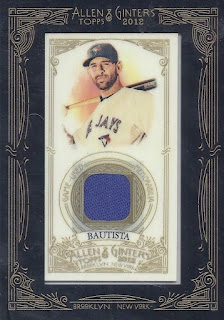 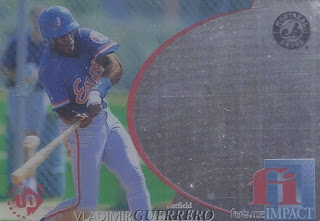 And an appearance by Vlad wraps up the baseball portion of this envelope. 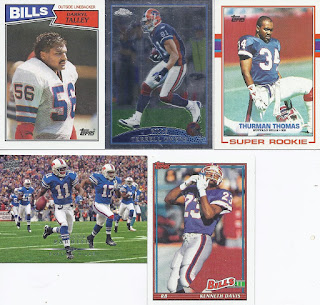 The football portion consisted of 5 new Bills cards for that binder. I'd jokingly call that Roscoe Parrish a chase card, but it doesn't look like any member of the other team is chasing him. 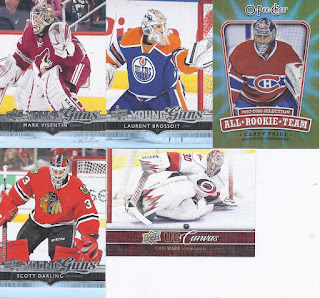 Hockey wrapped up the package. It starts with a 5 pack of mask binder cards. A really nice mix of inserts and SPs as well. As expected, the big winner photo-wise is the Canvas insert. Mask-wise, probably Visentin and his pirate theme takes it. Can you tell his AHL team was the Portland Pirates? 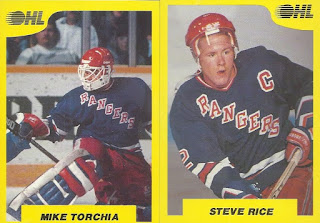 And the big winners were the additions to my Kitchener Rangers alumni collection. And yes, these yellow bordered cards preceded 1991 Fleer. These are from the 89-90 season. 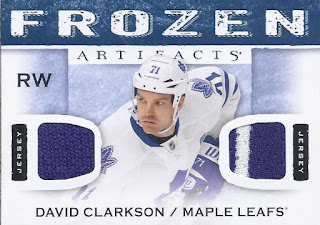 Usually, I'd balk at a Leafs card. But since Clarkson is a Rangers alum (and his Toronto time was less than memorable), this is a nice add. 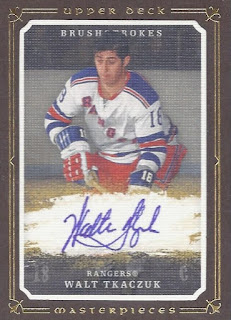 Finally, my second on-card autograph of Walt Tkaczuk. The other one is a Champ's mini, making it a really close competition as to which is my favourite of the two. Hey! Maybe I should do a top 50 with that binder at some point!

If I didn't have 4 more envelopes still post (with one being at least a two parter), I'd get right on that!
Posted by buckstorecards at 13:00