And a pretty fun week draws to a close, with the best card from the week. 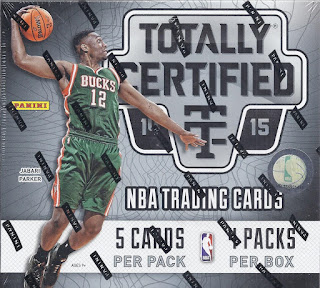 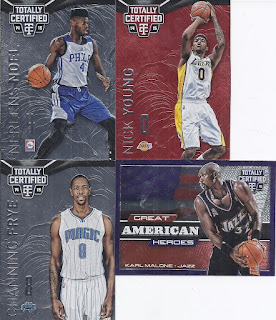 Not too bad of a start. A really nice looking card of the Mailman /299, a parallel /279, and another card with Nerlens Noel rocking the summer league jerseys. But, nice as this was, it really didn't measure up to the hit. 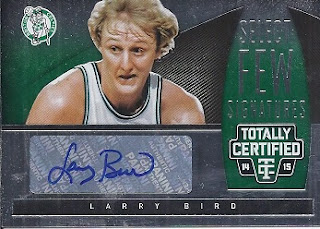 BOOM! One of my most desired autographs falls into my hands. I never would really work up the courage to shell out for what a Larry Bird autograph would go for, so to pull one from a pack is just amazing. I thought I was nuts when I dropped $70 of COMC credit on a Jim Kelly. Although this is a sticker-graph, I really don't care now that one of my 'fantasy' card additions is off the list. There are slightly more than a Select Few of these, as it is numbered to 25.

At this point, the rest of the box became practically irrelevant. 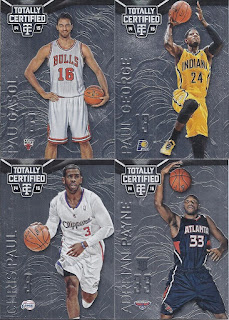 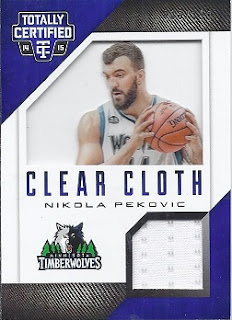 And just a plain white swatch. I'd pretty much have needed a 1/1 patch for this not to be a downer from the first pack. I do like the Clear Cloth design, though. 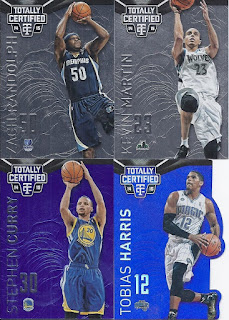 A little better with the non-hit portion of this. I can't really get too upset to land a numbered parallel of Curry. His card is /149, while the shinier die-cut Harris card is /74. 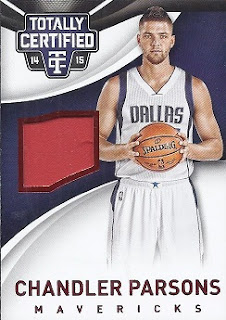 The hit. Obviously not a Mavericks swatch, but with it going to JayBarkerFan at some point in the future, I don't think he'll care. 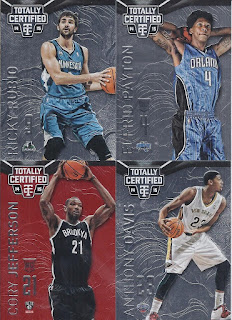 Not too bad for the base to wrap it up. A good rookie base card in Payton, a nice parallel with Jefferson and a big name with Davis. 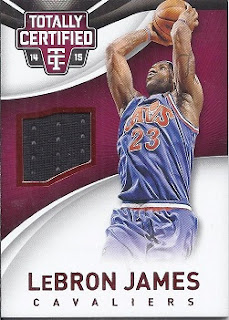 Considering one can't expect a Lebron auto from a Panini product, pulling a relic of him is pretty nice. It still is dwarfed by the Bird auto.

Quite the way to wrap up this series of boxes, no? And it was this, the least expensive of all 5 of them that produced the best card of them all. This should hold my box busting ways for a bit, although I might see if I can get some cheap wax at the Expo in three weeks.

Tomorrow, something more my speed in terms of purchasing with cash vs credit, a repack or a trade post.
Posted by buckstorecards at 05:26