To start at the start, a few weeks ago I grabbed a slot in a random basketball break with a mix of products. I got the Rockets, but swapped it for the Raptors to build my PC. Things worked out pretty even for both sides. I got a couple more hits, but the Rockets got a few more numbered cards.

I received my mailing a week later, and there was a small problem. While there were Raptors in the envelope, they were all cards from a different break. Strangely, these were better volume-wise than the break I was actually in. So, I returned them, and was compensated for postage. And, for the effort, I was asked what teams I collected, and some bonus cards would go with the actual cards in return for my trouble.

And everything worked in the end. Which is what was important. And I've got cards to show off. 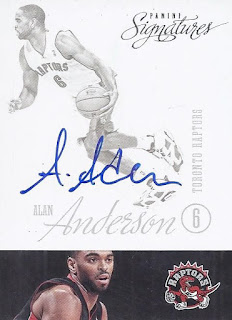 Alan Anderson might not be the best of the potential autographs available for the Raptors in the Signatures set, but this does have something other cards didn't. 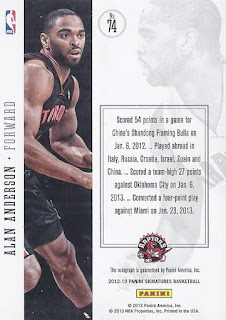 Specifically, a reference to a team called the Flaming Bulls on the back. 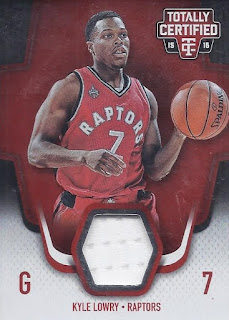 This might be a plain white swatch, but in this case, it actually prevents the card from being too red with the pleasing contrast of colours. 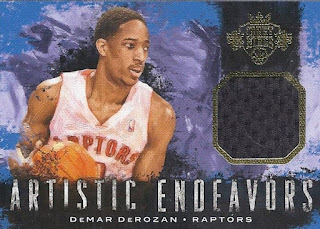 And my third hit from the break. Can't complain about a DeRozan relic.

And now, the bonus cards! I was asked what teams I collected, and got some nice additions. 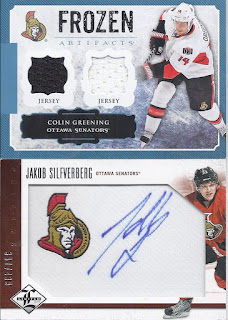 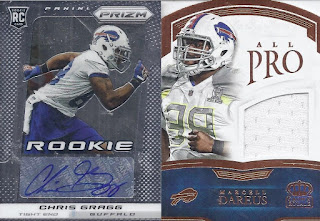 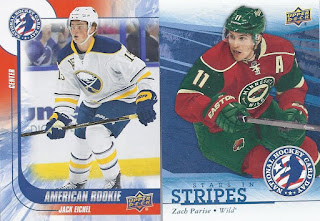 And even some random hockey! It is nice to add some of the US Hockey Card Day cards, since they're not easily acquired here. 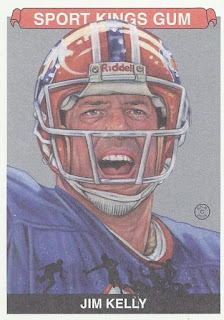 But by far, the best card was this Jim Kelly! I didn't even know there was a Sportkings card for Jim Kelly until this fell out of the mailer. my first though is that this is spectacular, but my second through was hoping that Leaf doesn't get into trouble for showing that tiny fraction of the Bills logo. Still, this card becomes my 55th Jim Kelly in the 2/14 collection, and what a beauty it is.

And there you have it! Thanks to James @ Mojobreak for getting everything fixed, and especially for the bonus cards!

Posted by buckstorecards at 09:13