Howzabout some random 80s hockey cards from the show? 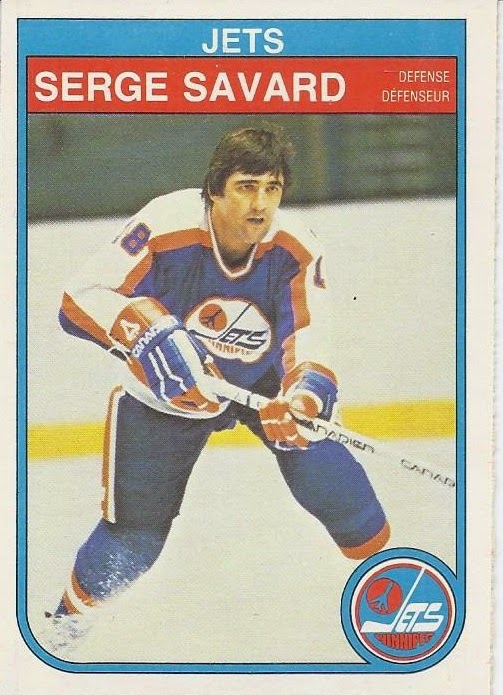 Here's one I got simply for the oddness factor. Serge Savard on any team other than the Habs seems wrong, but he did wrap up his career with a couple years on Winnipeg . This issue was the only card he got from his time on the team during his career, although there was an issue from ITG in the mid 00s that also had him ain a Jets uni. 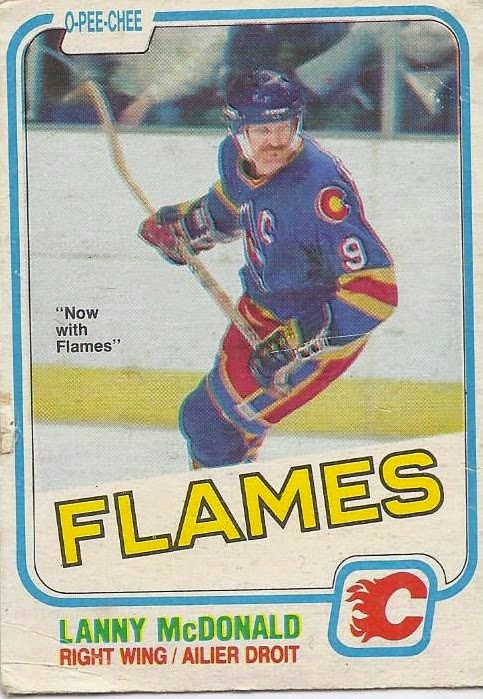 This might be the blurriest photo I've ever seen on a card, especially for a major name. It really looks like someone from OPC just took a photograph of a television that was showing a Colorado Rockies game. 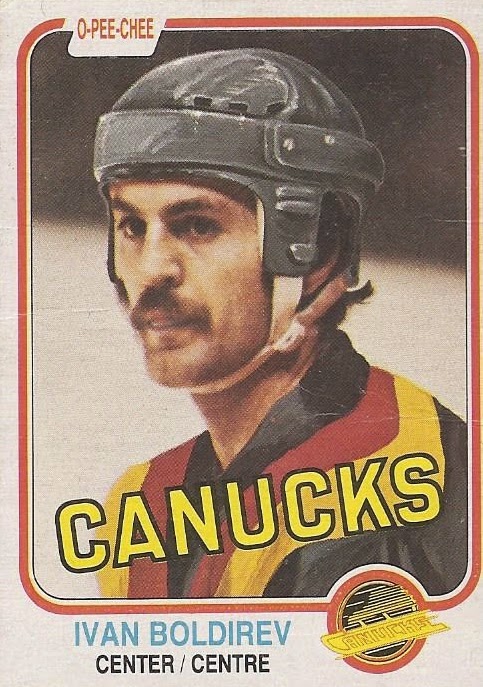 And here we have your typical card that looks like a really bad airbrushing. The only problem is that this came after Ivan had spent 1 1/2 seasons with the Canucks. So perhaps this was the best photo they had. Which is depressing. At least it was an improvement over the previous year's card. 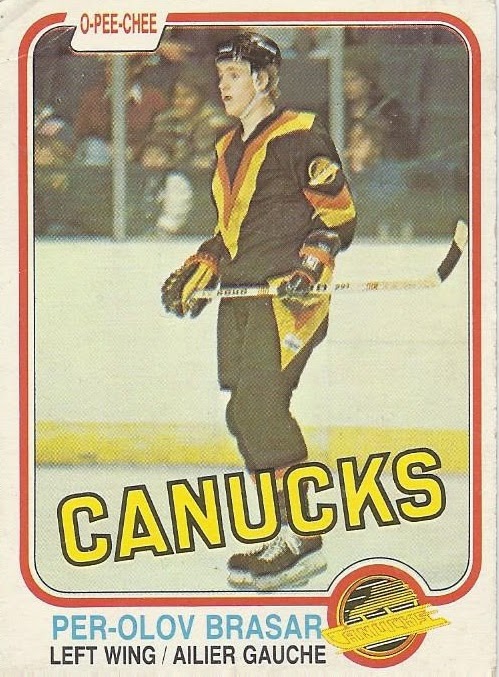 A) Per-Olav Brasar is a fun name to say out loud.
B) This photo is apparently of Brent Ashton, in an uncorrected error. 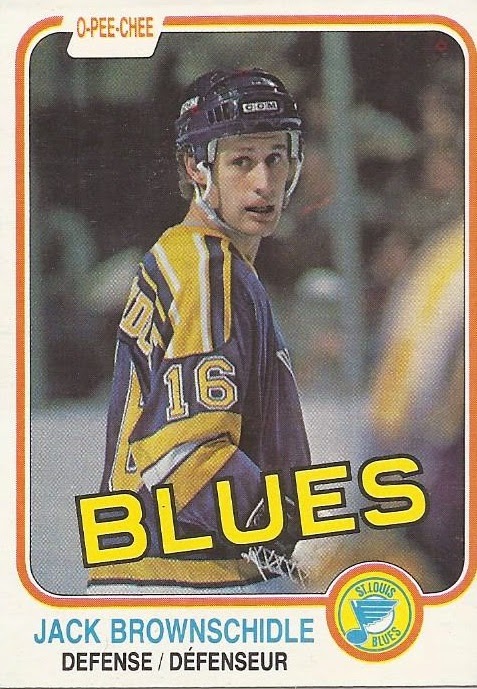 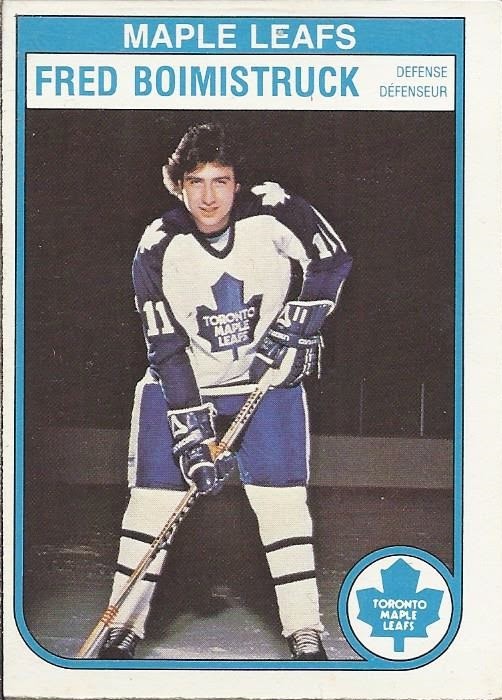 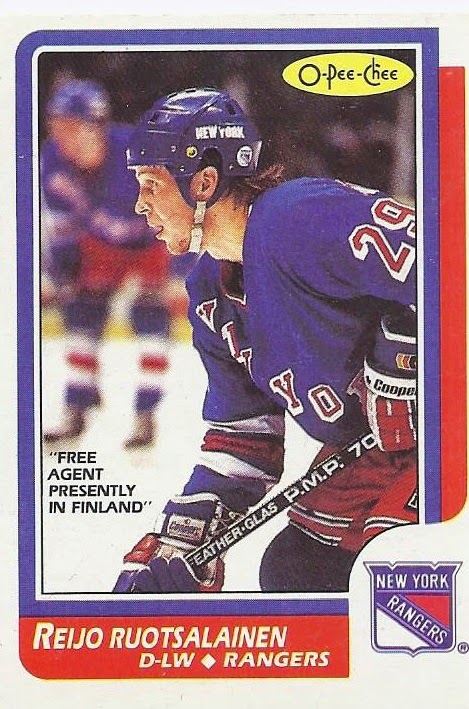 Ruotsalainen. And according to hockeydb, Reijo didn't play in Finland. He was just there. He came back for a short run with the Oilers in 86-87, playing for 16 regular season games, and then their entire Stanley Cup run. 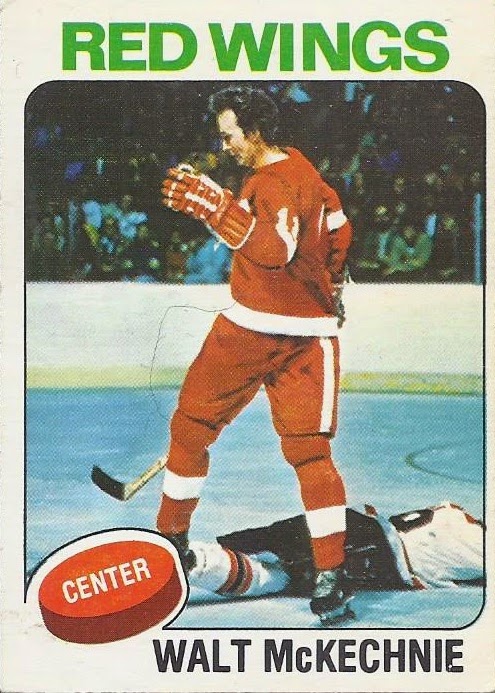 And to wrap this up, here's a card that isn't from the 80s but is a 1975 issue. From an era of really bland photos on hockey cards, I love that he's just casually standing over an opponent who is flat out on the ice.

And there's a few more cards to go from my Expo box. I might finish the singles before next week and get on to the box breaking.
Posted by buckstorecards at 10:56