Time to show off some more cards from the show, and the second of three cards to leave my most wanted list. The first was yesterday's Wayne Stephenson, and #2 was: 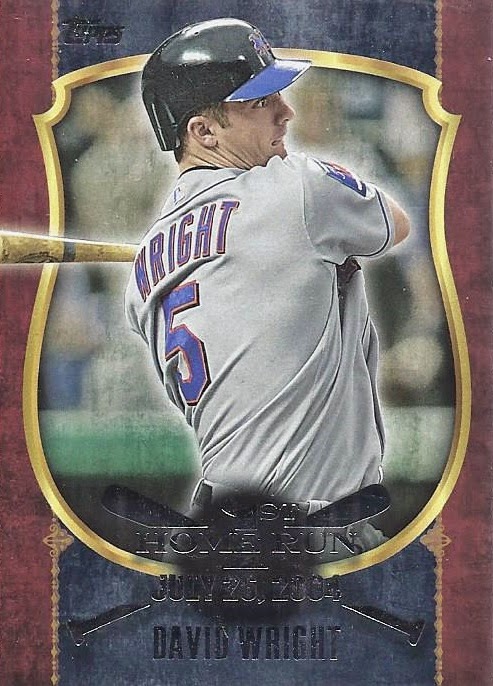 A 2015 insert card saluting David Wright's first home run. Seems a peculiar choice for me, considering there are many interesting options for cards of his. The answer is on the reverse of the card: 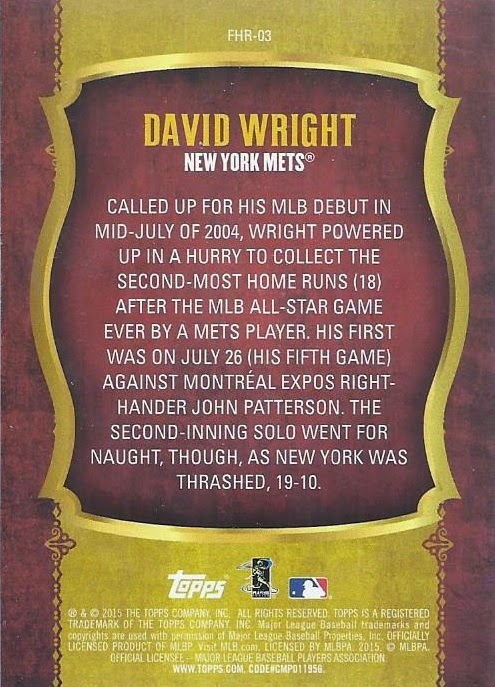 I was at this game.  I never even remembered that it was Wright's first home run, seeing as it was lost in the terribleness of the game, and Eric Valent hitting for the cycle later in the series. Adding a card that commemorates something you were in attendance for is always a fun thing. 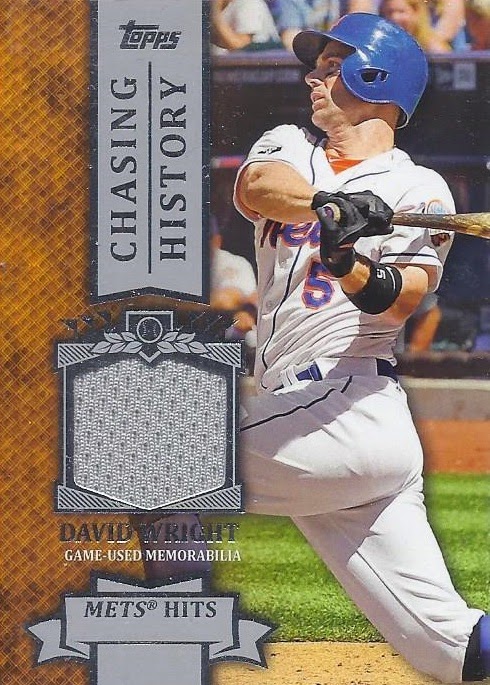 And one appearance of David Wright deserves another. If I can grab a relic of his in exchange for a toonie, I'm always going to sacrifice a coin. 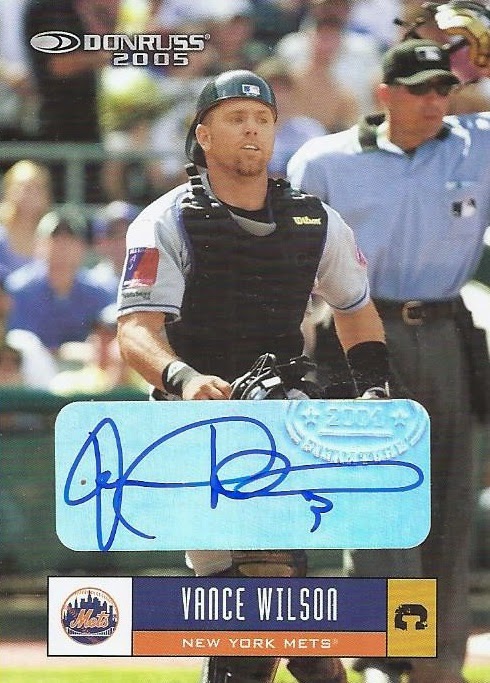 And I'll end the Mets portion of the show with a pair of autographs, both from the same set but from different tables. But both for a dollar. Aarom never played a big league game for the Mets, but has carved out a lengthy career playing in Japan. Vance Wilson spent 5+ seasons with the Mets in the early 00s, but only had a handful of cards out of his time there.

And there you have my Mets additions. 2 autos, a relic and a top 10 wanted card. That's a pretty good foursome.
Posted by buckstorecards at 16:34