Continuing on with the Atlantic division. As before, these are a fraction of the cards for all the teams you see. I just didn't want to scan what was close to 200 cards. 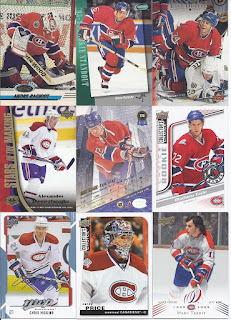 There's really no rhyme or reason to the order - just the order I scanned the cards. A nice way to start with one of the least-flattering nicknames in hockey history - "Red Light" Racicot. Continuing on through the 9, we've got an interesting photo of some sort of kerfuffle on the ice with Oldelin. There's another guy who, when you google him, his name autocompletes alongside 'slash', for good reason.
That'll do it. 1993 Leaf means that you must highlight the back as opposed to the front of the card. I've got several of that Carey Price mask shot, but still like the close-up. And finally, a base card from the Montreal centennial set. 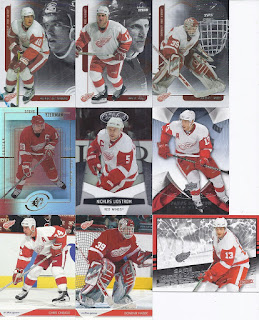 The Detroit portion of the box sure was shiny, I'll give it that. 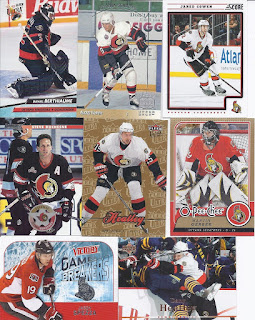 The Senators portion was probably the smallest of the entire Eastern conference. But, I got a new Spezza for my mini collection, and a dupe of the Dany Heatley card that made my top 50 list. I had it at 47, but if Dany's departure were more pleasant, it could have been higher. 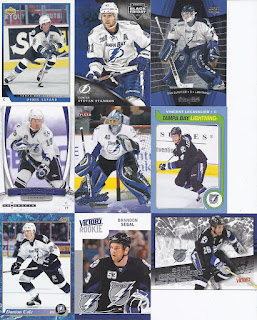 Tampa leads off with the Denis Savard. He spent a season and a half there, and I completely blank on it. Dan Cloutier is another one I blank one. There's another Black Friday card hiding in there, the second one of the box, with three more to come. 79-80 Retro parallels are also nice surprises. 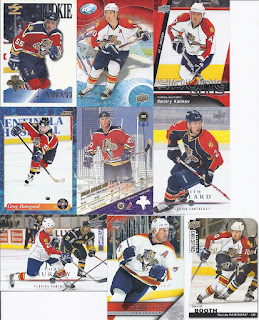 More 1993 Leaf among the Panthers. 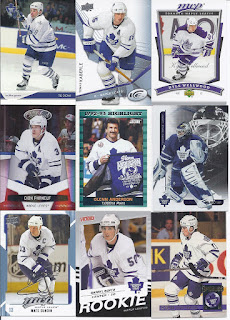 The Dion Phaneuf card is a red mirror parallel, #'d to 250. I'm really glad that the Glenn Anderson shows part of his 1000 point ceremony as opposed to just a generic photo that mentions the 1000 plateau. Mark Greig seemed to show up way too often in my junk wax pack busting as a Whaler, so seeing him with the Leafs was another "he played there?" moments. 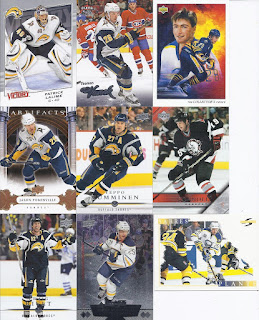 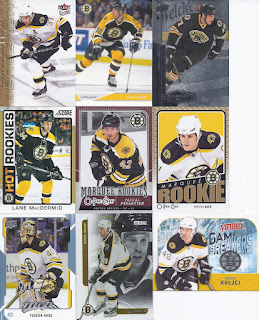 It just so happens that this wrapped up with my favourite pre-Senators team. Gold parallels and  forgotten rookies highlight this bunch. I've forgotten how long Tuukka Rask has been with the Bruins. There really were a lot of those 2003 ITG foil cards in this portion of the trade. 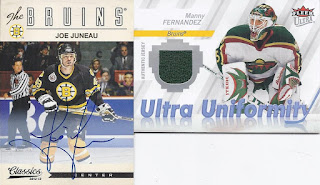 Maybe it was appropriate that the Bruins happened to end up last, as both of the hits from this division were of the Bruins variety (check out the Bruins name right above the green swatch). And the awesomeness of Panini Classics speaks for itself. Even though Juneau's name is once again spelled without the proper accenting of Joé.

8 more teams done. 14 more to go. I should be able to finish this before the end of the playoffs!