I thought this came out later this week. Turns out it was last week. So, time to sample a pack of it before hunting down some of the singles. 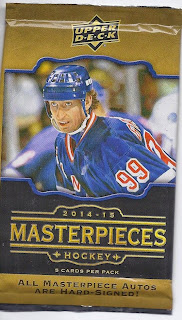 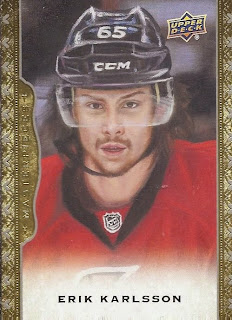 And there's the first card. And one already drops off my wantlist with one of four Sens base cards in the set. Erik, Kyle Turris, Bobby Ryan and Curtis Lazar were the only 4 Senators cards in the base set. Although I beat the odds on the first card out, it really makes me want to hunt down dime and quarter boxes to get the others. 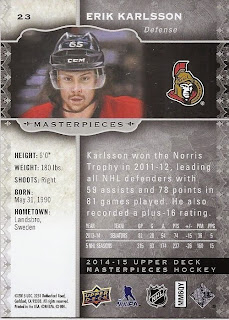 The back of the card. They are forgiven if they want to re-use the picture on the back of these. Although I am disappointed there's no information on the artist on the cards. Mainly because I'm curious if the same one painted all the cards. 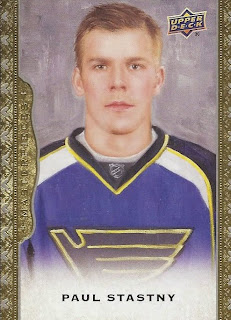 Card #2. And extreme close-up #2. At least they were able to get some of the logo on the card, thus removing any chances of these resembling a sleazy Eastern European knock-off set. 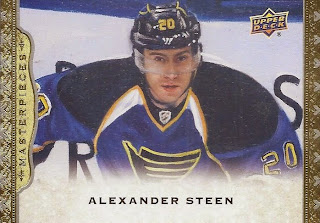 Back to back blues. And the first card that is obviously taken from an in-game situation. OK. A pause in the game. 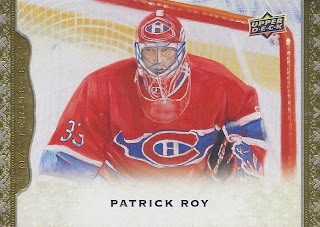 And the 4th one is as well, although the angle pretty much seems the same. 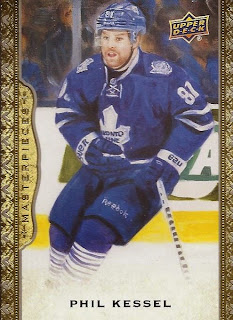 Hey! 5 cards in and I finally get an in-game action painting.

It is really hard to judge from a single pack, but they might have chosen the most unspectacular images of the player to make into paintings. For all the anticipation I had for the return of this set, it has pretty much been reduced.

But at least I got a Sens card. And the Roy is pretty nice too.
Posted by buckstorecards at 16:01