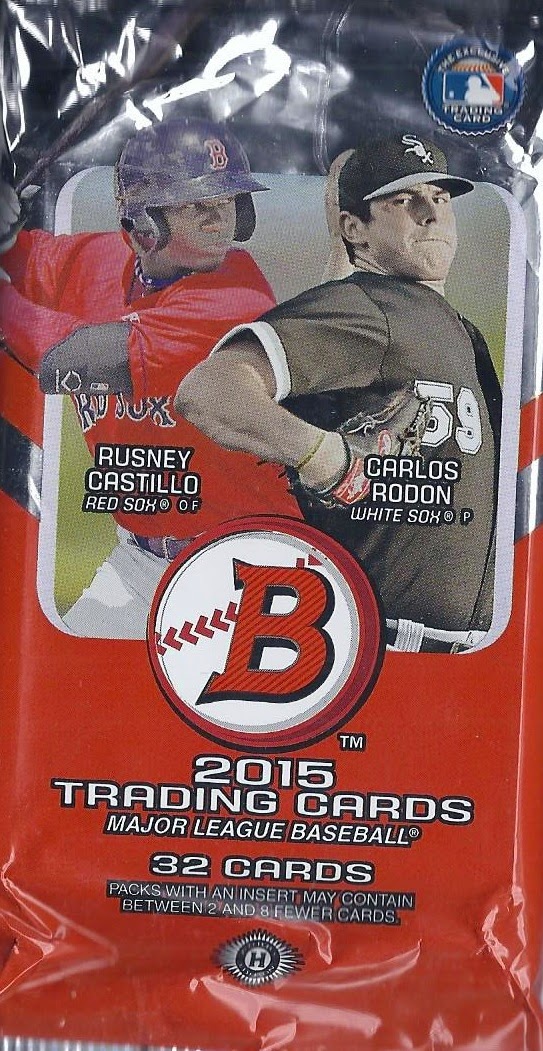 I was hoping to pick up a pack of Bowman at the Expo, but only saw boxes of the stuff available at the varied dealers. But, at least there was a lot more baseball than I saw at previous shows. Still, there was one booth there that had jumbo packs available, so I picked up one.

And my first card of the Bowman season is: 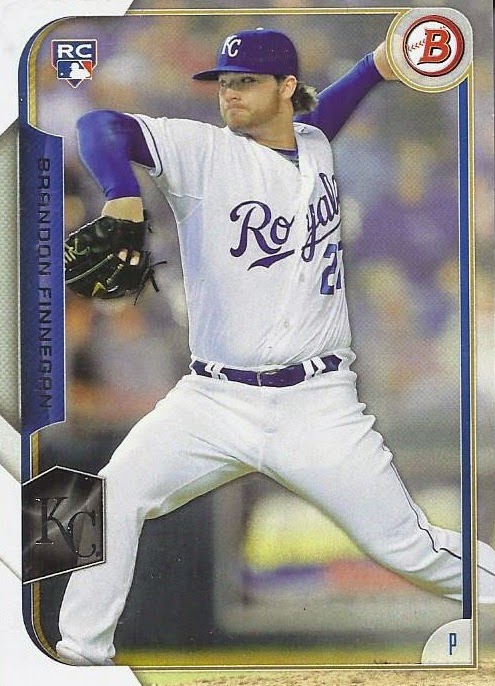 Brandon Finnegan - I really like the design of this, except that the name can be really hard to read unless you're at the perfect angle. The 2/3 full bleed on the photo is nice. And at least for this one, the location of the Bowman logo couldn't be better.
Chris Davis
Brandon Crawford 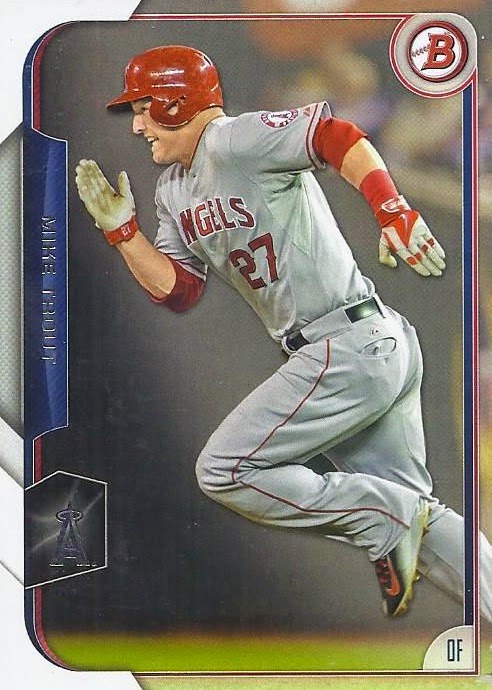 Mike Trout - Now this is an unexpected photo choice. It could be almost a perfect silhouette of Trout on the basepaths.
Ken Giles
Matt Garza
Gary Brown
Mark Trumbo 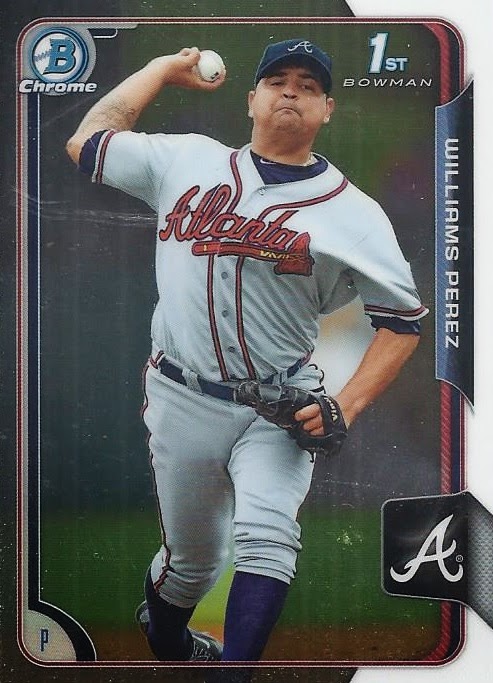 Williams Perez - We now enter the chrome portion of the pack. Fortunately, the problem with the readability of the name changes with these, with the consistent shininess of the card making the name legible against the dark background.
Austin Kubitza
Nick Petree 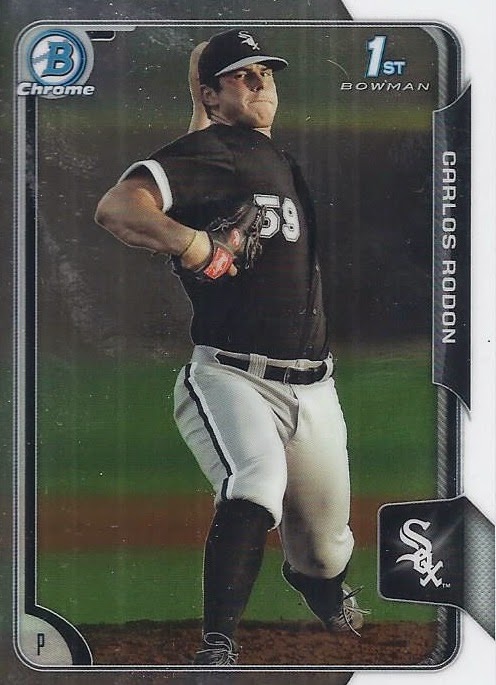 Carlos Rodon - Here's one of the cover boy. 1 of them, at least.
Hunter Harvey - Back to the paper. 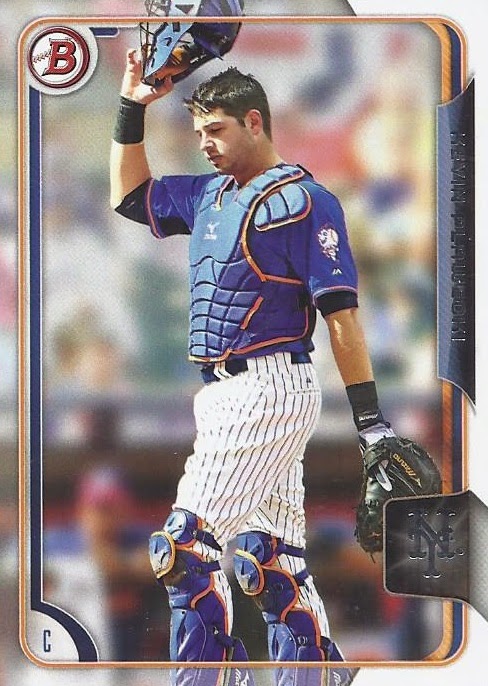 Kevin Plawecki - My first Mets card from this set! And it is another guy who has started his big league career this season. And even Mr. Met makes a cameo!
Rob Kaminsky 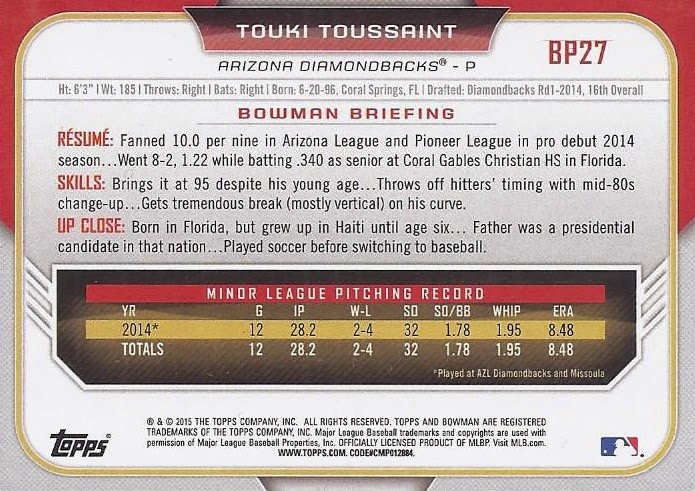 Touki Toussaint - The reason I'm happy to the more standard Bowman backs return for this - learning that Touki's father was a Haitian Presidential candidate. 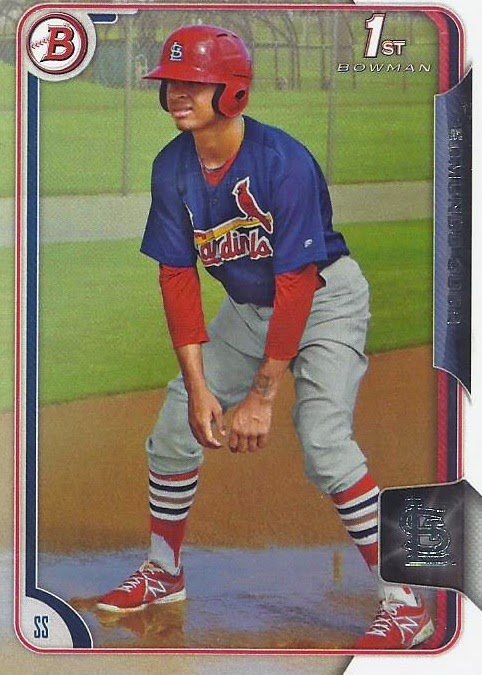 Edmundo Sosa - Enjoy your first card, kid! Sorry that you look beyond depressed and that you;restanding in a puddle on it.
Robert Stephenson
Matt Wisler 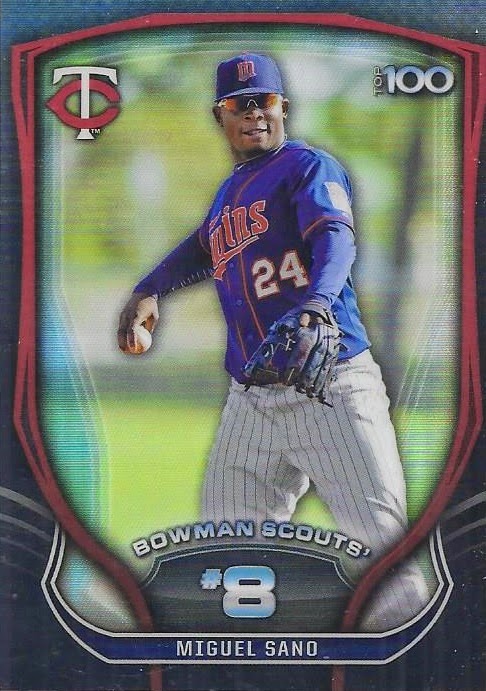 Amed Rosario - Chrome Auto. WOO-HOO! The only thing better than pulling an auto is getting one from one of your teams! While he hasn't blazed his way through the minors, it is still a Mets hit! Even though it is only his first name, he does have a nice signature.
Jarlin Garcia
Corey Littrell
Trey Ball 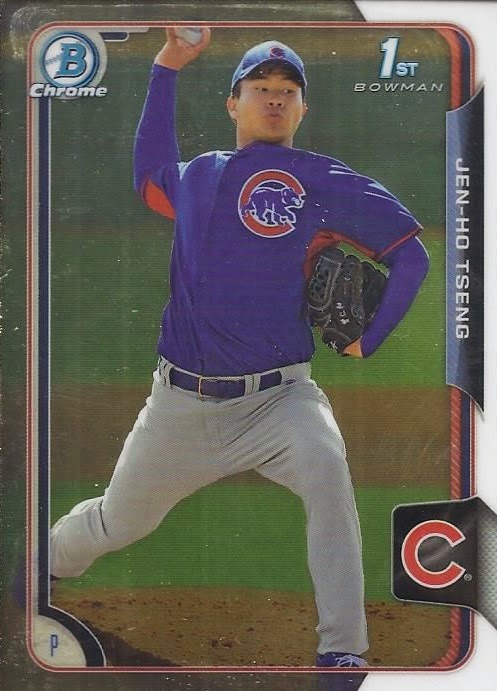 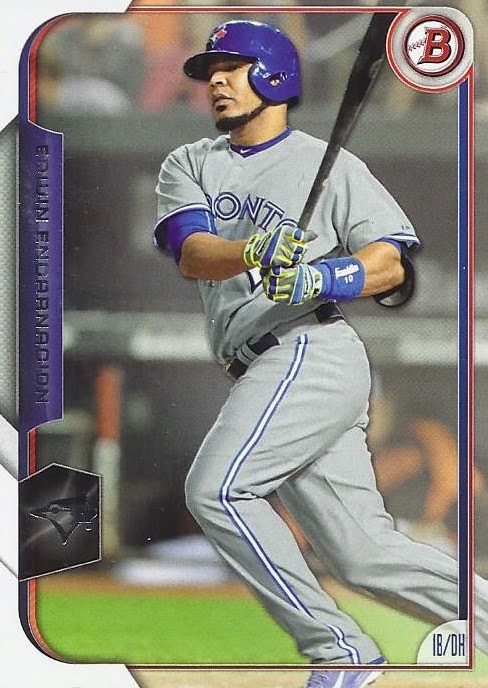 Edwin Encarnacion - It ends with a Blue Jays card. That's a good way to end it.

And there's the pack. I don't think I'll do much aside from hunting PC guys, but I did like the pack. But it is amazing how one's opinion of a pack improves when you get someone for your team as a hit. There's the pack out of the way, but I still have a couple boxes to share, along with a bunch of miscellany.
Posted by buckstorecards at 15:45