I'm starting to get down to the bottom of most of the individual card postings from the show. And now, most of what is left would count as a hit. There's no real way to split them up logically other than 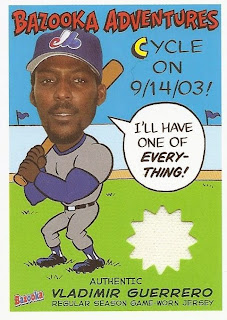 Starting with a new Vlad relic. I don't know if this qualifies as a drawn card or not. Or why Vlad hitting for the cycle qualifies as a Bazooka Adventure. 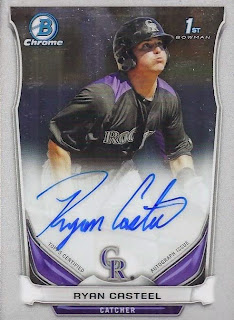 Another auto I picked up solely because I found the penmanship interesting. It starts really nice, then it implodes on the last letter. 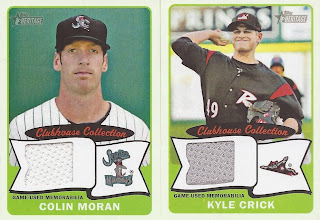 I like 2014 Heritage, whether it is the majors or minors version. When they give me the logos of the Hammerheads and Flying Squirrels, I like them even more. 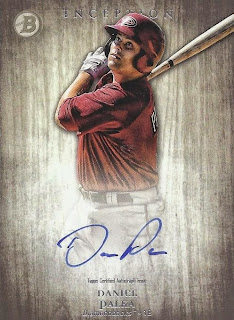 This is one of several cards that I picked up because I was looking through a bin where the cards are "X# of cards for Y$", but I had X-1 cards. It is on card and I do kinda like the Inception design. 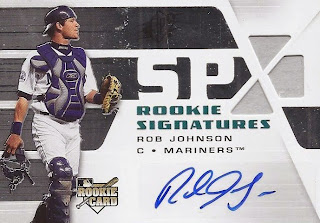 I grabbed this because I remember this Rob Johnson pitching for the Mets during a blowout in Toronto. And that he's not the Rob Johnson that played for the Bills. 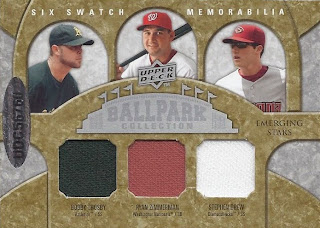 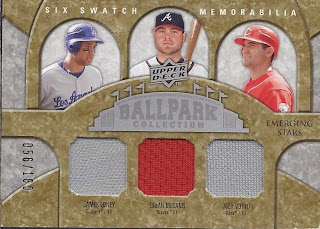 6 relics for $2.00? Sure thing! And 5/6 of these guys are still active. That's good for emerging stars. How many of these became stars is up to you. But you'd thing emerging would mean the players featured were just starting their big league careers. Here's their debut season: 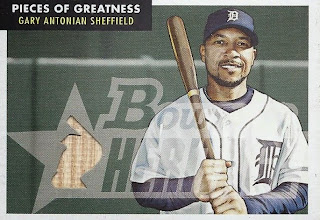 Only because the card reads "Gary Antonian Sheffield". Antonian! 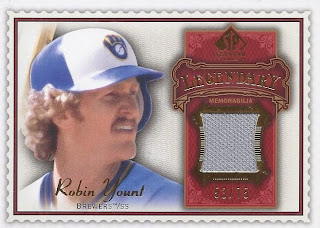 And how could I pass on a relic from a HOFer for less than a toonie? Classic blue uniform on the card photo (if not the swatch) as well.

And there you have it!
Posted by buckstorecards at 14:49