Yet another new face in the 2/14 collection 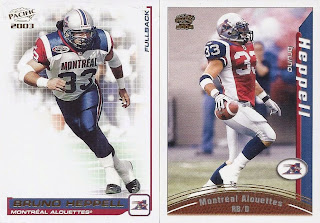 The new face is somewhat obscured by the face mask, but here it is. Bruno Heppell joins the collection, and he's also becomes my first normal-sized CFL cards in the collection. Former Ottawa Rough Rider Mike Raines is the other CFLer, but his card was from a set almost twice the size of your standard 2*3. 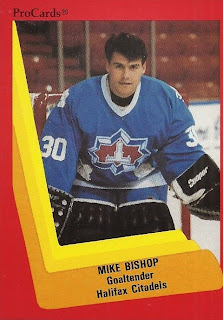 And while he isn't making his debut, this Mike Bishop will become my first normal sized card of his as well. His local Kitchener Rangers issue was almost 2.5*2.75 in dimension - too wide for the 9 pockets. It is now in the oddball sized portion of the binder, alongside the aforemention Mike Raines. As best I can tell, I now have both the cards that made up Bishop's cardboard career. 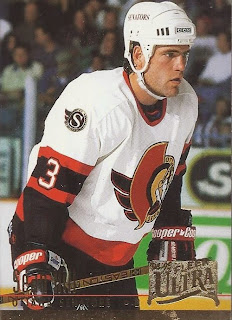 The best thing about Sean Hill's Senators cards is if i find out they're dupes, they can go into the Sens collection. 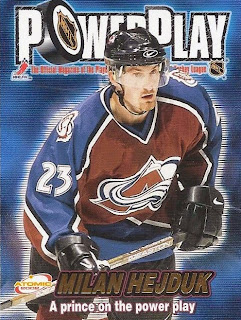 Milan now becomes the 2nd person to reach 80 cards in the collection. 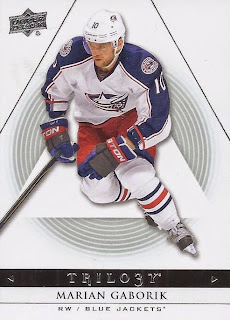