While I've been busy recapping the Expo, it hasn't stopped packages from rolling in.  So, time to start a recap of those.

First up, a bubble envelope from Cards on Cards. 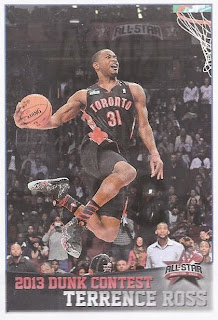 Since Trail Blazers are a large part of the packages I send westward, it is only appropriate that I lead with a Raptor. Not a card, but a sticker. I was ready to crown this as the first sticker in that binder, but I forgot about a Collector's Choice stick-um of Damon Stoudamire. 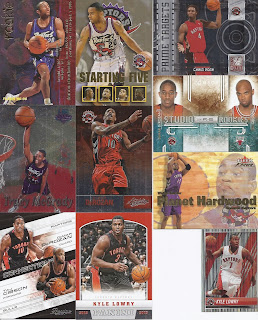 Speaking of Damon, he leads the way here with a surprisingly tame issue out of mid 90's Fleer. A really nice collection here of the major names in the franchise history. And what is now the third sticker in my collection. 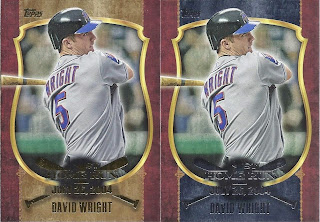 I guess I should have passed on picking up the first home run card of David Wright at the Expo, as I did not know that one awaited me in the bubble envelope. Along with the parallel. At least now I've got an extra one for my Wright binder as well as my Mets binder. 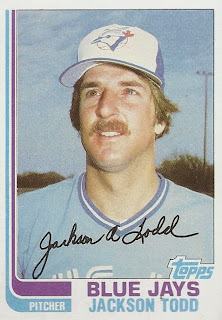 Only a couple Mets card, but a good selection of Blue Jays. This was the vintagest of the Jays cards. Jackson played for both the Jays and the Mets, and no other teams over the course of his big league career. He's the white Mookie Wilson! 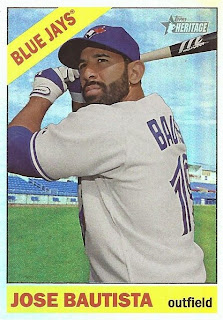 Shiny! As I've said, since I'm not building the set this year, I'll gladly welcome all Mets and Jays from this set, whether base, parallel or insert. 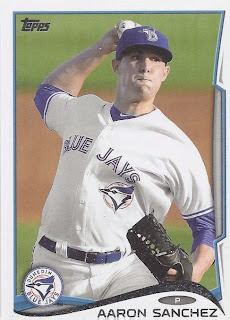 Not shiny, but a nice minor league card of someone off to a good start in their big league career. 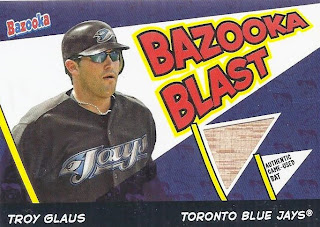 Bazooka always seems to have interesting designs to go alongside whatever relic they're using. 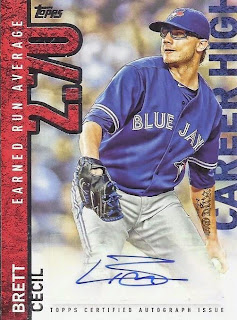 And wrapping it up, here's my first Brett Cecil-graph. Brett started the season as the closer, and was then dropped from that role, and then seems to be back into that role.

Thanks for these goodies! I'll still keep my eyes peeled for Blazers and Cardinals that work their way into boxes in Southern Ontario!

Posted by buckstorecards at 12:26