Time to catch up on the last mailings to show up, which might give me some time to finally dig into that 800 count box worth of cards from jaybarkerfan, which I only started to show off a month ago.

Alphabetically seems to be a good way to go through these, so I'll lead with BwTP. 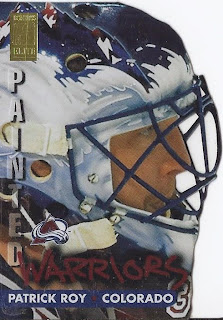 And to start off, here's a really nice addition to the mask binder. A die-cut card with a nice close-up of the mask. Fortunately, the inner portion of the mask is not die-cut - it is acetate. Which is probably better for keeping the card in good shape. 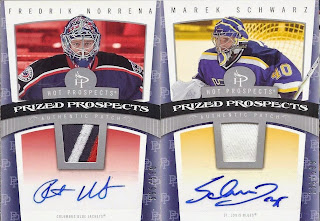 And a couple hits for the binder as well. While Norrena wins the patch war with ease, the mask quality goes to the Schwarz. While both are logo masks, his better uses the entire surface for the Blues logo, even having the bottom of the note on the bottom of the mask. A great design that is immediately recognizable, yet without a lot of colour. 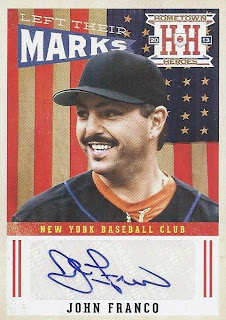 The Mets weren't forgotten in this small envelope, as I pulled this stickergraph of John Franco - someone who really should get more appearances in retro-themed sets than he does. Say what you will about Panini's unlicensed sets, but at least they include him on occasion. 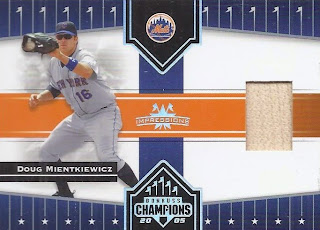 And my first relic of Doug Mientkiewicz. I almost spelled his name right without looking at the card, but forgot the T. 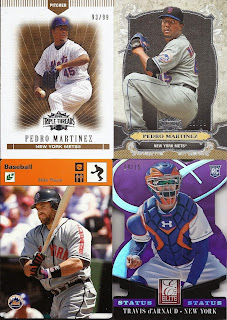 And some numbered Mets to close off this portion of the post. /99 Pedro is nice. /15 D'Arnaud is really nice. But a card where Mike Piazza is rocking the throwback New York Cubans jersey, on a card /40 is the big winner in this portion, and rivals the Franco-graph as my favourite.

Thanks for these! I've got a couple post-Expo cards set aside for you, but am going to wait until I get a few more for the envelope. 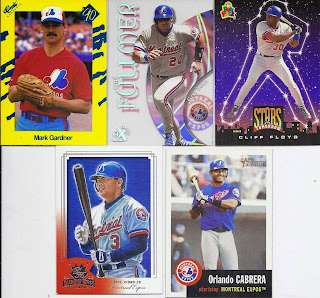 Shoebox Legends is always reliable for some additions to a couple of my PCs. Such as these Expos. 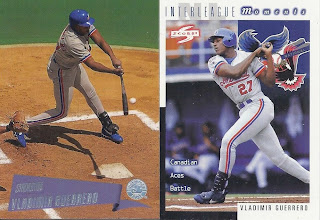 And these Vlads. I thought the Stadium Club card was a dupe at first, but I checked and it was the Chrome version I has as opposed to the base version. How silly of me. It's still a great photo, minus all the shininess. 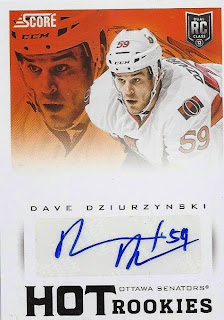 This was another one that I thought was a dupe, but I had a Prizm signature of Dziurzynski as opposed to the Score. He spent the entire past two seasons in Binghamton. His only NHL actions was 12 games was during the lock out season. But it is kinda nice to add autos of short-term guys, since it is still a Sensgraph. 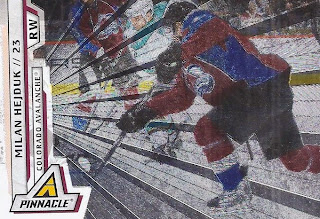 But the best from this envelope wasn't a hit. It was a nice foily addition to my 2-14 collection. The card isn't as gaudy in person, but just has the Hejduk portion of the card pop in a non-silver foily way.

If that makes sense.

Anyhow, thanks for these, and I hope you liked the care package I sent your way.