Time to continue my slip back into a post Spring Expo world with a simple Dollarama Surprise box.

All cards. No Supplies in this one, as this contained a 4-card 80's pack, an 8-card misc. pack, a pack of 1991-92 Parkhurst and a 1 card memorabilia pack. A couple things in this box that I haven't seen in a bit - the 80s pack and the memorablia card, so that should make it interesting.

Let's lead with what should contain the oldest cards in the repack: 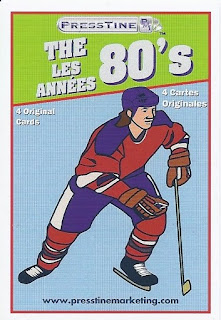 I admire their commitment to accuracy by having the player with a mullet. 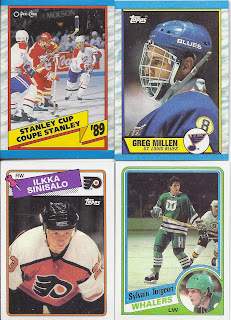 Let's see. I love the push pin design, so this is automatically a winner. It took a little bit of googling to determine that the #8 patch sported by Millen is in memory of Barclay Plager who passed away in 1988. The Sylvain Turgeon is also a rookie card - nice to get one of a decent player. 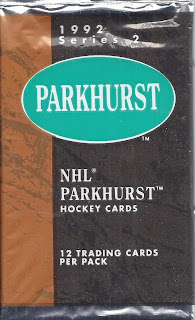 I can't show all 12, but can hit the highlights. 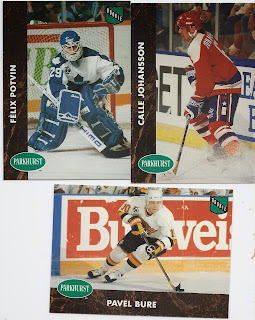 A pair of good rookie cards, but best of is the Calle Johansson - a card I needed for my 2/14 collection. Despite being a junk wax mainstay, I really don't have the # of cards of his that one would expect. 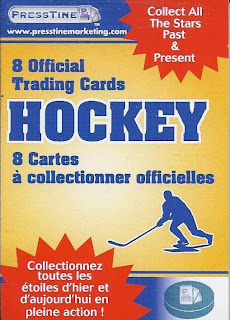 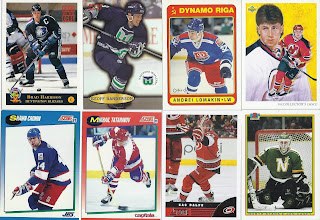 Excepting the Dalpe, this could have served as a 90s pack. Or junk wax, although that '96 Geoff Sanderson could be considered outside of that era. That Whalers card, naturally, shows up not long after I send a package to Shoebox Legends. But that Huntington Blizzard card is staying right with me. 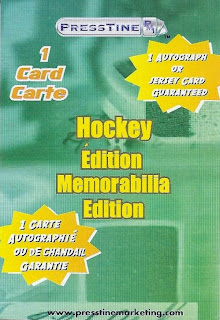 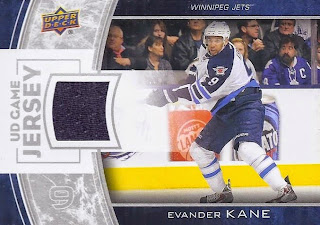 Always nice when it is someone you've heard of.

Posted by buckstorecards at 13:56