The first half of the case hasn't been the best. Thankfully, that changes as I hit the second half. 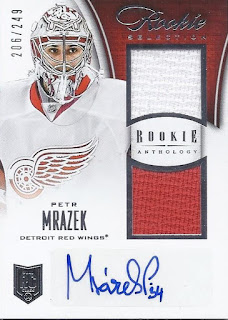 And what better way to start this case's redemption than with a 2/14 hit? Mrazek was all over releases in 13-14, but since he was a holdover rookie, his appearances had greatly dwindled by the time RA came out. Fortunately, he still made at least one appearance in the deep checklist with the Rookie Selection base card. 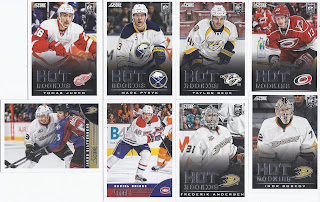 The Score base. Andersen is easily the best of the players to be duping up on here. 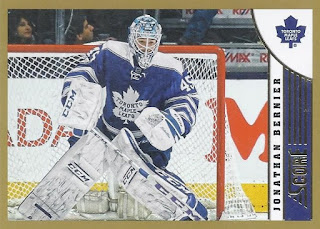 Now I've got the gold parallel of Bernier sporting the alternate jersey as well. 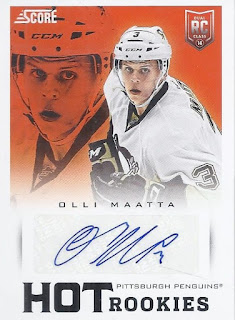 Even the Hot Rookies card is of a player who is still in the league. After being with the Penguins through last season, he was traded to Chicago in a deal that moved Dominik Kahun to Pittsburgh. 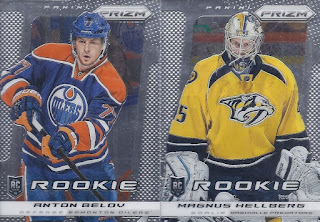 There were only a couple Prizm cards in this, but it does make it the third straight box with a Magnus Hellberg insert. 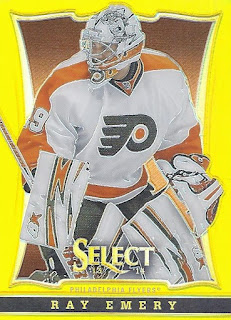 Sadly, my first /10 gold parallel is of a player who has since passed away, and that's always depressing when it is of someone who is active at the time. You get a nice look at this Tuskegee Airmen themed mask, though. 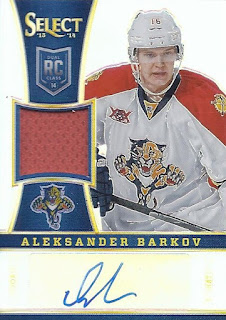 The Select auto is a really good one as well, More player-wise than penmanship-wise, though. I landed the base version of this in a previous break, this one is the Prizm version /99. 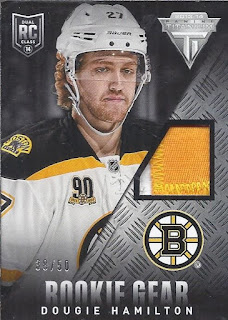 Here's a nice yellow patch, and I'm 4-4 for landing autos or relics in this box of players who are still active. 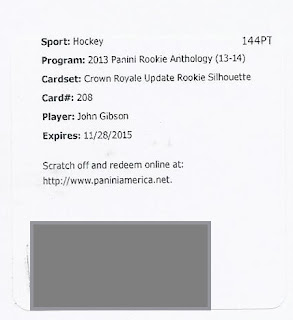 And my last card of the year is a redemption. But this does make me 5-5 for active players, and it, like the Mrazek I opened with, is a PC hit, as John Gibson will join the Rangers alum binder when it arrives. There is a live version of it at COMC, so I'm optimistic it will arrive eventually.

And there you have it!
Posted by buckstorecards at 05:43