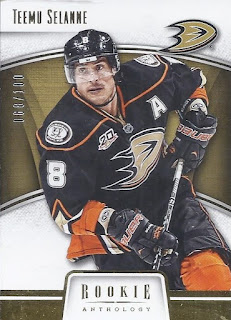 The 5th box starts off with the first actual gold parallel pull of the case. This is a set that's so old at this point that Teemu has not only retired, but been inducted into the Hall of Fame. 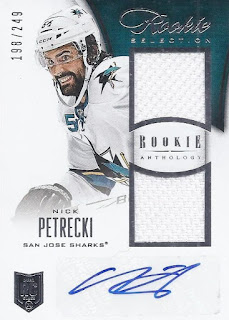 The Rookie Selection base card is a one game-and-done player. I'm glad Panini opted to use a photo where he looks mentally stable. 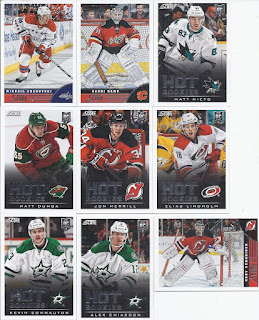 Not much of note in the Score portion, but there are a couple respectable rookies in the middle row. 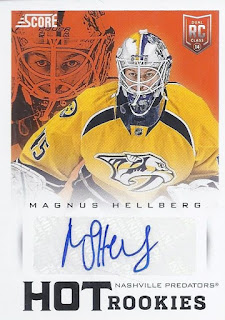 Prizms. The Barkov easily becomes the best base rookie in the box. 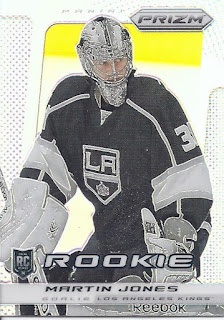 The shiny card is a pretty good one as well.

As for the select, at least I've got a new Melchiori for my Rangers alum collection. 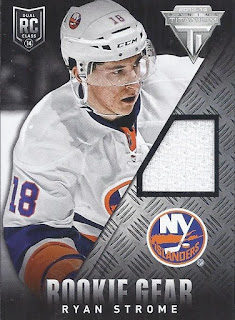 There's just a basic white swatch on the Titanium card. 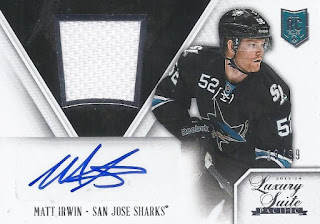 A basic white swatch adorns the Luxury Suite card as well. But at least there's an autograph to go with it. And he's still in the league, playing for the Predators. So this isn't too bad of a hit to end this. But still, this is definitely a below-average box.

There you have it!
Posted by buckstorecards at 06:18