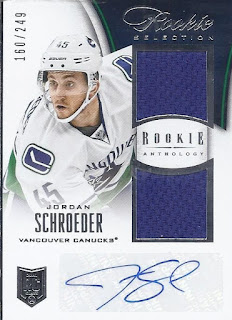 Box #6 starts off with a somewhat odd Rookie Selection. I find it odd in the sense that not too many auto/relics use a photo from a face-off. And if that photo isn't from a face-off, I seriously want to know what happened to get that pose and that facial expression. Either way, I like the unexpected photographic greatness. 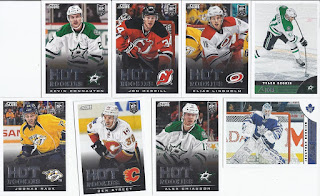 Your Score cards. Fairly typical of them, but the Traded cards are pretty nice in terms of photos. Check out the whip on Seguin's stick! 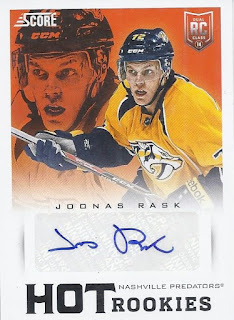 I think I've pulled at least one Joonas Rask auto every time I've done a case of this.

Your Prizm base cards. I've got no complaints landing an extra Lindholm. 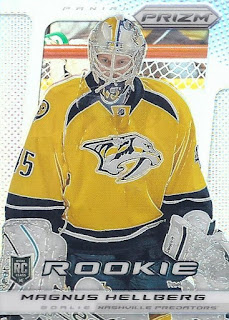 The shiny card is of a player who got into one game for the Preds, but 3 for the Rangers, before heading to the KHL. This means back-to-back posts with a standalone appearance for Hellberg. 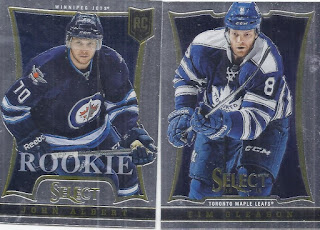 Here's another appearance from the Leafs alternates with the Select cards. 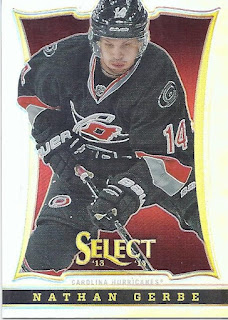 Select provided some shininess as well. 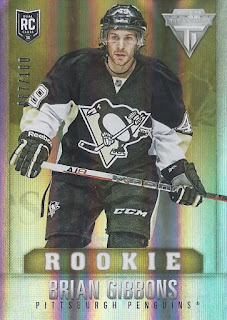 I got another one of those Titanium 'draft position' cards. Brian was undrafted, so I guess he defaulted to the highest possible numbering of /100. He's still in the league, though. But to say bounced around would be an understatement. He's in the Hurricanes system, and that's his 6th stop so far. 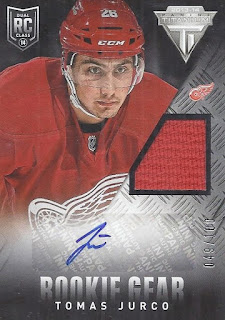 While it isn't back-to-back like Hellberg, here's the second auto/relic of Tomas Jurco, and his minimalist signature. 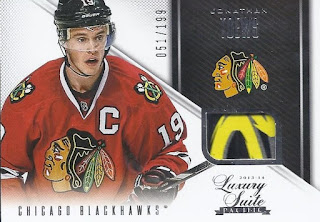 It really seems to be a habit of ending these posts with a card out of Luxury Suite. It just has been like that so far. For this post, it was an easy decision, with that bright piece of Jonathan Toews' stick showing up on the card.

There you have it! I'll close the year with the 7th box tomorrow. It won't end with a Luxury Suite card, since there wasn't one in the box.
Posted by buckstorecards at 04:27