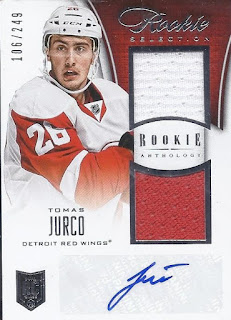 Off and running with Tomas Jurco and his derp face. This dupes up on Jurco from my last solo box of the product. 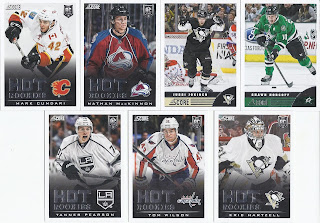 There's my second MacKinnon Score base card of the case. 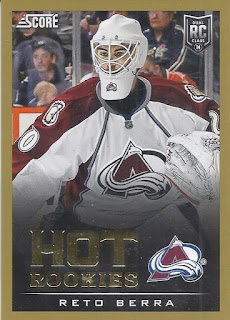 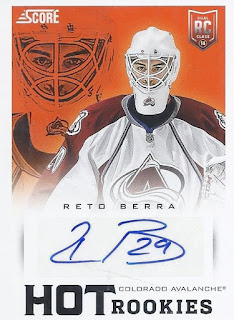 And that matches perfectly with this autograph. He's rocking his 'I just got traded' mask. After stints in with the Panthers and Ducks, he's been playing in Switzerland the past couple seasons.

Speaking of the Ducks, there's a pretty good Ducks rookie card among the Prizm. 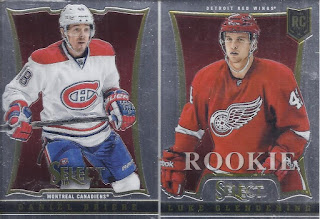 Your Select base cards. With apologies to the Glendening collector on my mailing list, I actually needed this card for my "I swear. I'm not building the update set" set, so I'm holding onto this. 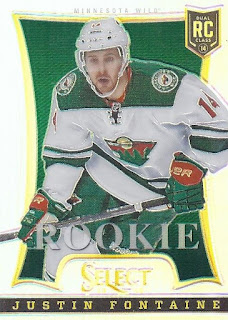 Select brings the shininess of the box with this Justin Fontaine rookie card. 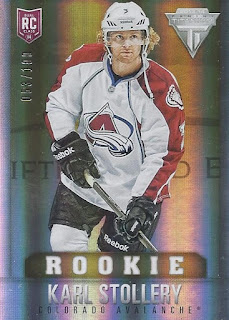 These Titanium cards that are numbered to the draft position (Max of 100, and Stollery was undrafted) aren't considered the true rookies of the set as those are for the cards numbered to the jersey number. 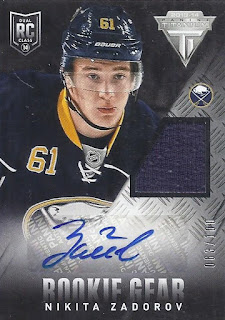 There were two Titanium cards in this box, with this one being back-to-back appearances of Nikita Zadorov's sticker-auto in the case. I'm not sure what the '2' is supposed to be on the auto, as it appears on all of his autos, even ones that include a jersey number. That's a Z at the front, right, so that can't be a Z. 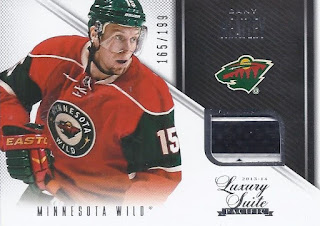 Given the circumstances of his departure from the Senators, this isn't the best card for me to wrap up this box with, but it does have to end somewhere.

And there you have it!
Posted by buckstorecards at 04:04