Time to dust off the mailbag, and a pair of bubblers that showed up recently. First up, a little mailer from Billy Kingsley. 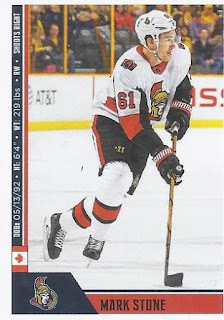 Here's some perfect logic for a card post - starting with a sticker. This was from 18-19, the last year for the time being that Panini released stickers. A nice little design, and I really like the player's nationality getting highlighted on the side. 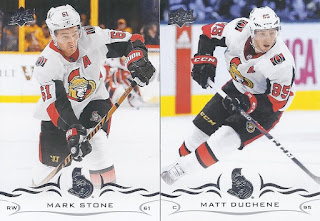 I had these cards already in my actual set, but probably needed them in the my team collection. 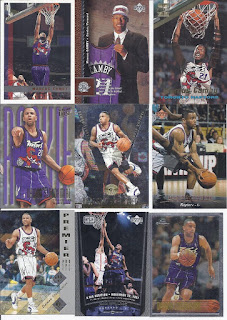 And here's a hole page worth of Raptors. I love the contrasting photos on the Camby cards. There's him looking all classy for his draft photo, followed by a photo where he looks like he's dunking the ball for the first time and wants to be certain it went through the hoop.

Switching now to an envelope from Nate @ The Bucs Stop Here. He was interested in a Pierre Luc Dubois Team Canada card, but of course, I had to throw in other goodies, as well as some Expo stuff. What came my way? 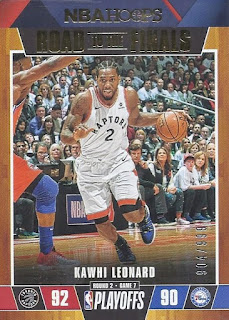 While I'm not insane about hunting down all 16 cards for their victories on their way to the championship, I did want one from each series. Unfortunately, I didn't land the one game I really wanted the card from - the Game 7 against Philly. While the photo doesn't highlight the bouncing ball winner, 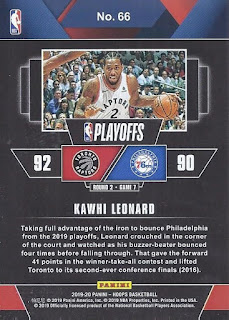 the text on the back sure does! I think I woke up the neighbour's kids when that ball dropped through. 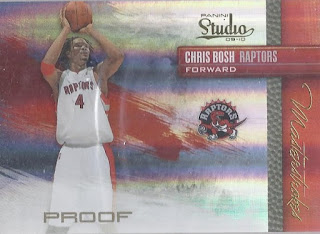 Here's an insert out of Studio. The swipe of colour in the background is just perfect for this set. 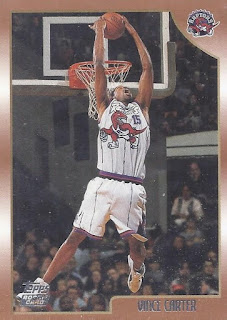 And let's throw in a rookie card of another Raptors legend for good measure. Looks like they were still playing at Maple Leaf Gardens for this photo. 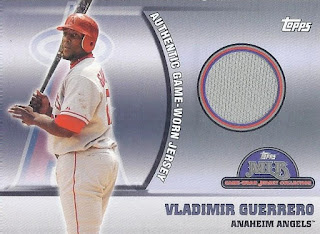 Switching from one b-ball to another, here's a Vlad Sr swatch. It is strange PCing both, and specifying which player is on the card even though it is obvious when one looks at the card. 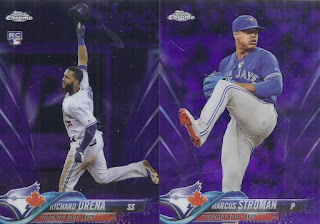 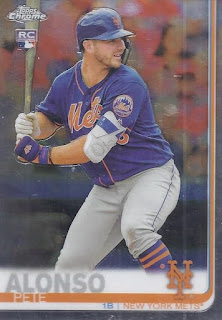