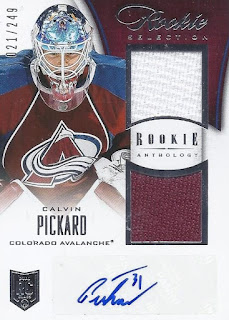 Here's the base card/Rookie Selection in the box. He's still playing over here, in the Red Wings system. And while the yeti motif is pretty much overused, that's a bad-ass looking one he's sporting on his lid. 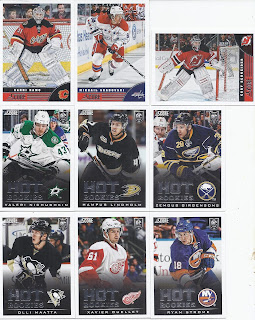 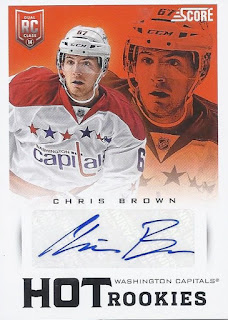 No Score parallels in this one, so just the autograph here. I've pulled one of these for myself and one for Dennis @ Too Many Verlanders, so I guess this one is off to COMC, along with all the dupes from this.

Prizm's base cards. A couple of rookies that are still relevant is always nice from this portion. 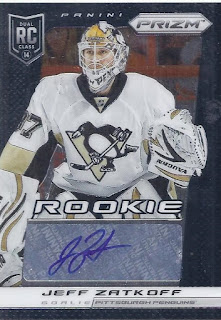 As for the autograph, Jeff's spent the past season and a half in Germany with the Straubing Tigers. 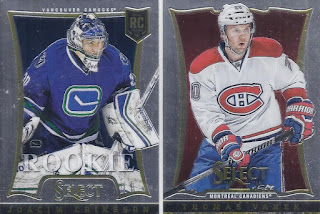 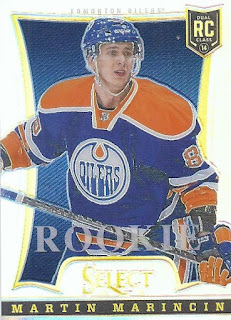 But my shiny rookie is still playing in the NHL, now with the Leafs. 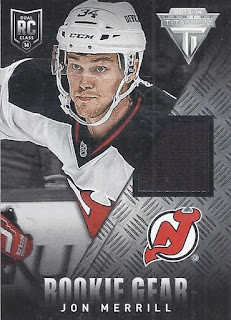 There's the second Michigan Wolverines hit in the box, and I'm seriously surprised that I hadn't already pulled this one and sent it in a package to Ann Arbor (although there is an auto'ed version there). That will be fixed next mailer. 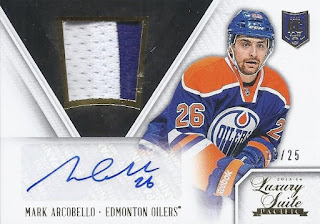 And this was the big hit in the box, I guess. He did have a bounce around NHL career, but has spent the past several seasons in Switzerland.

I like the Pickard that I opened with, but this was a pretty tough box on the whole. Nowhere to go from here but up!
Posted by buckstorecards at 05:03