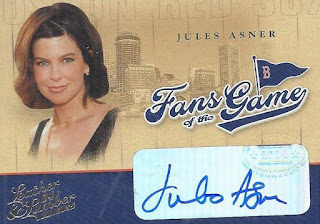 There was only one baseball card in the entire 2/14 portion of the envelope, and that is even a somewhat questionable call. But it does have the Red Sox logo on it, but I'm counting Jules Asner herself towards miscellaneous, even if I keep the un-autoed version of this in the baseball portion of the binders. 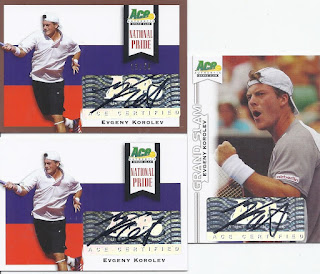 A new face! And I have three of this autographs to welcome him into the collection. As with the entire tennis portion of my collection, I hadn't heard of the player prior to acquiring their cards. That will change when the latest COMC order arrives, and I add a card of Manuela Maleeva to the collection. 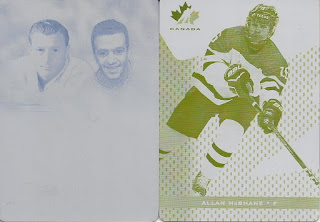 Hockey gets a pair of plates. The first features Boom Boom Geoffrion sharing his with Dickie Moore. Although he's unsigned by the Habs, Allan McShane was their draft pick, so I guess these can both be considered Montreal plates. 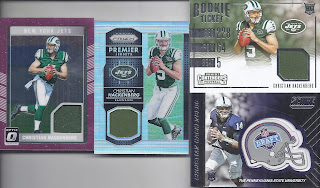 As with the pretty good portion, football leads the way with volume. It does the same here as well, and this starts with a quartet of relics, player worn and manufactured of Christian "Which Ocean?" Hackenberg. 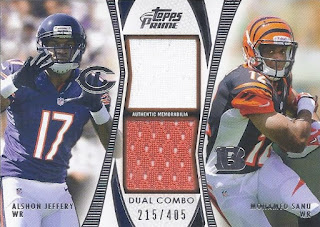 Here's something rare for a dual rookie card. It is the 8th season since this card was released, and both these players are still active in the league (even though Alshon will miss the rest of the season after surgery this past week). 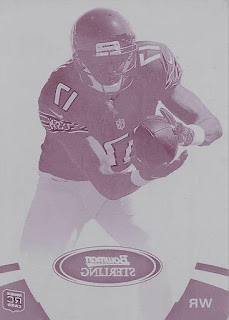 Staying with his rookie year of 2012, here's a plate of Alshon as well. 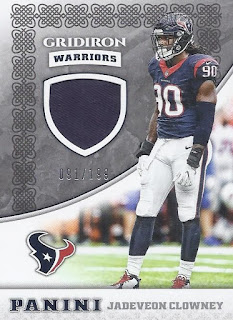 Here's another relic of the former #1 pick for my collection. Although I will repeat my desire for at least one card of him as a member of the Seahawks. 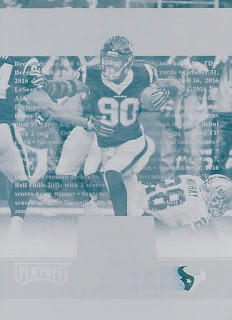 Let's throw in yet another 1/1 plate to keep the others company. This one originated in Playoff as a Headliners relic insert, but was a plate insert in Plates and Patches. 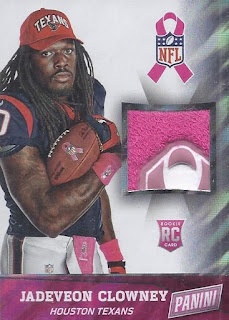 Sure, these relics are really gimmicky. Just like the towels and Santa hats that also appear in Black Friday sets. But I really like that I can look at this photo, and immediately notice exactly where on the wristband this item came from. This is a lava flow parallel, and although this one isn't numbered on card, the penny sleeve it was in indicated these parallels have a print run of 10.

And there you have it. I still have another non 2-14 team bag to get to, but since my posting schedule is now set for into early 2020, that will wait until then.
Posted by buckstorecards at 03:42