As the year draws to a close, this year's repack adventures must end as well. While I've still got some that don't fall into this category to get to, this will be the last of the Dollarama hockey cards picked up and posted this year. 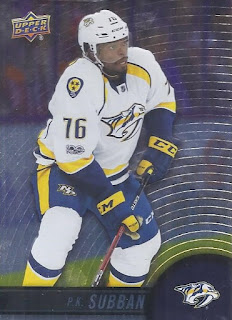 And a Tim Hortons card is a perfect way to start. 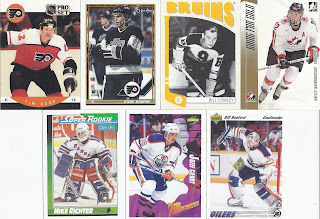 The expected junk wax era stuff follows, but the two exceptions here are pretty interesting, with both featuring Hall of Famers. ITG Franchises are always nice repack finds, and the newest member of the HOF is also there in a card that is a little different. You'd think it was just a regular base card. 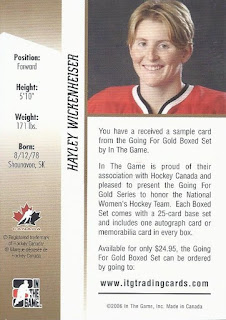 But it is a promotional sample card. I can't even find this card at tradingcarddb. Cool find! 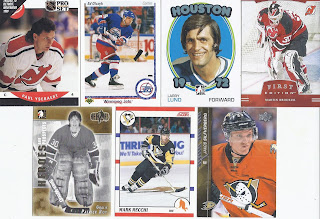 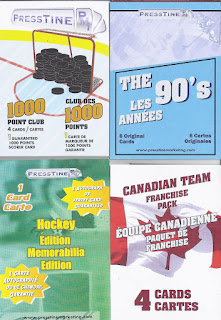 But my final Surprise Bag for 2019 will contain a hit. 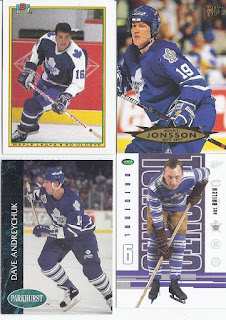 My Canadian Team was the Leafs. At least that Ace Bailey has a classic uniform photo. 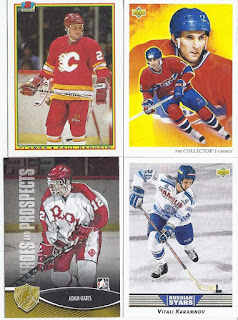 The 1000 pt pack actually contained a pair of them, with Savard and Oates, both on interesting cards. 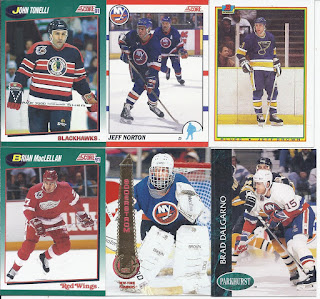 The 90s pack was what I expected, but I know that bilingual Jeff Norton will be appreciated by the Michigan alum collector on my tradelist. Throw in an anniversary uniform beautifully showcased by Tonelli, and the junk wax portion is pretty good. 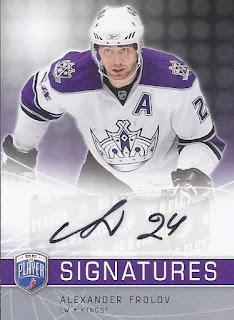 And my hit ends up being an autograph! The number is far more legible than the actual name on the sticker. But it is still a hit!

There you have it!
Posted by buckstorecards at 07:19