Moving towards the quarter pole. 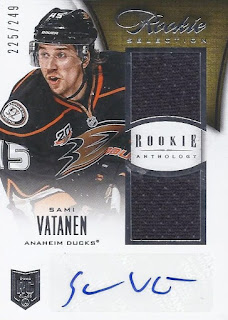 First up, here's the base card. It is nice to get a card of a player who is still in the league as of now from this. Vatanen is now in New Jersey, having being sent there as part of the Adam Henrique trade. 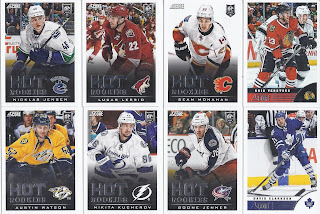 There's a couple nice rookie cards in the Score mix, with Monahan and Kucherov. 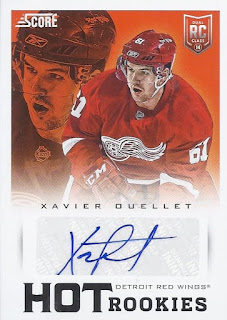 And here's the Score autograph of the box. Ouellet signed with the Habs during the 2018 off-season, but has spent much more time with their AHL affiliate in Laval.

Monahan also makes an appearance in Prizm form for a second rookie card. 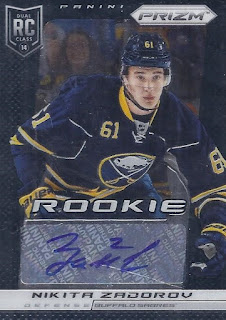 Autograph #3 of the box is of current Avs blueliner Nikita Zadorov. 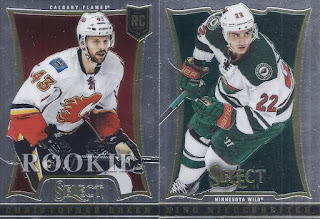 All three 'update' portion of this box have contained a Flames rookie. We are taking a step down though from Monahan. Breen played 9 games with the Flames in 13-14, and since that season he's been with the Bruins affiliate in Providence. 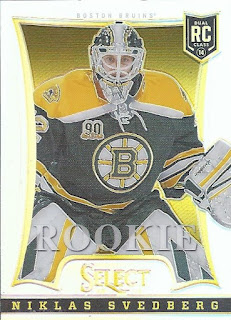 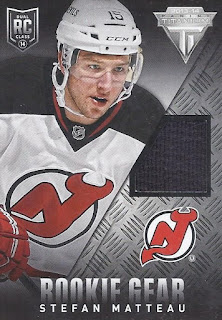 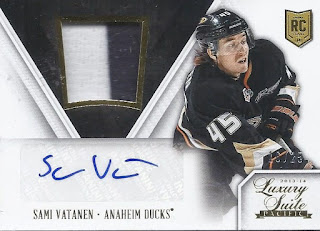 Start with an auto/relic of Sami Vatanen, end with the same, This one does bring a two-colour swatch and lower numbering to the table, though.

After a disappointing box #2, getting some autos of players who are still relevant is an improvement. The case continues on Day #4.
Posted by buckstorecards at 04:52