There's a couple of guys in my PC that are prominently featured in 2016-17 releases, so I'll go on the hunt for them in Spectra. 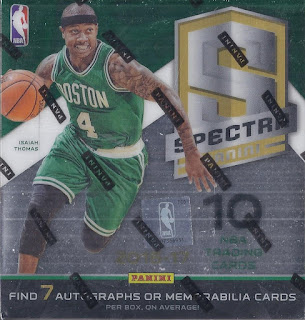 Thomas has imploded into obscurity from the point when he was deemed worthy of being worth the cover of a product. I couldn't have told you where he was playing now, or even if he was still in the league. (He is, and Washington) 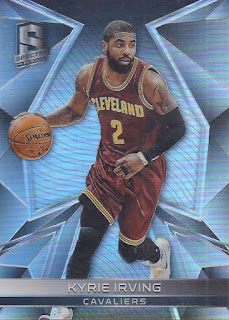 Off and running with a nice, shiny base card. 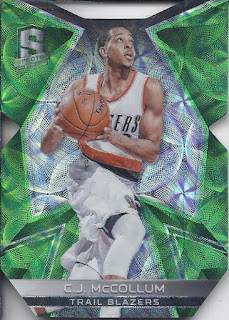 And there's a parallel. This die-cut neon-green parallel is also /25, and will certainly be a part of my next mailer to Kerry @ Cards on Cards. 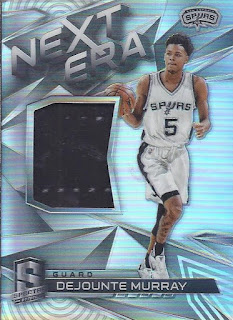 Well, the first hit is a guy named Murray. Not my PC one, but he is still with the team pictured here. Somewhat oddly for a set that's only a couple years old, he's only one of three players in the box for that is true. 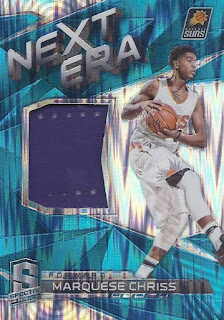 Chriss however, isn't that second one. He's now with Golden State. 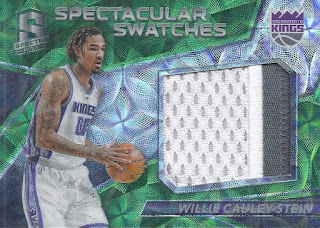 Yes. This three colour patch (there's a hint of purple at the right), certainly counts as a Spectacular Swatch. This is back-to-back cards of players now with the Warriors.

As we start the autograph portion of the box, we get another player who is now playing for the Warriors - the G-League's Santa Cruz Warriors. 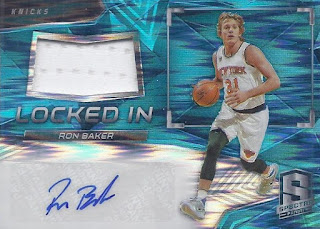 Ron Baker is the first player so far who isn't the league. He is still part of my collection, though, since he shares a Contenders rookie card with Fred VanVleet on what is probably FVV's most affordable early card. 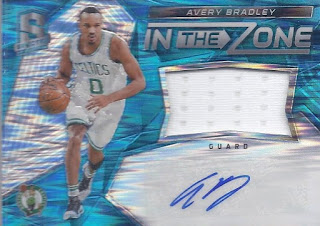 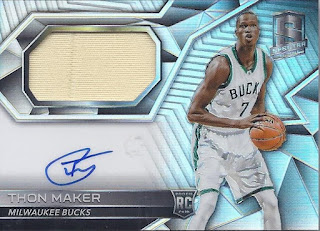 My only on-card autograph of the box. Thon really hasn't developed as hoped, and is now in Detroit. Unfortunately, this also a dupe auto, since I've landed a card with nicer swatches than this in a random group break. 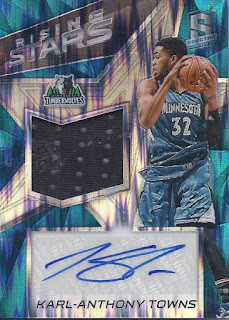 No Jamal Murray or Pascal Siakam in the box, so I guess I'll have to be content with this second year auto/relic. That also means the swatch is game-worn, not just player-word. That's a pretty nice consolation prize.

And there you have it!
Posted by buckstorecards at 06:00