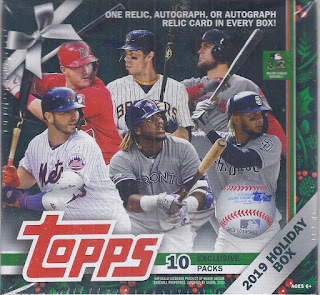 This box is about as appropriate one can get for the day. However, there's a major lie on this box, as it did not contain a hit of any sort. But it can still contain some other interesting cards. Let's see. 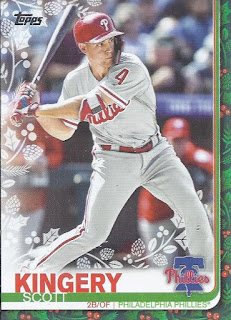 The first card out. It's appropriately festive. 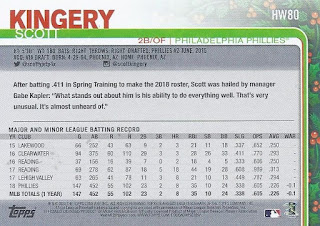 As are the backs. 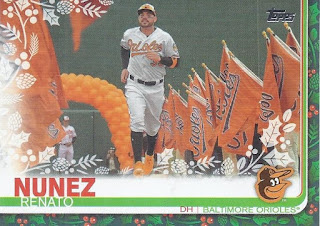 I've busted very little flagship this season, so I can appreciate the photos a little more on this. My pick for the favourite in this one is an easy win for Nunez and his dramatic opening day entrance. 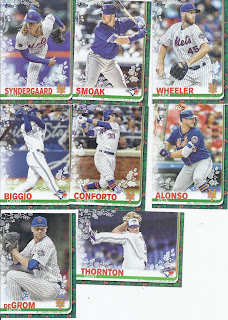 A bunch of Mets and Jays, with the NL squad taking the 5-3 win, as well as winning the player quality battle with a pair of award winners in DeGrom and the Polar Bear. 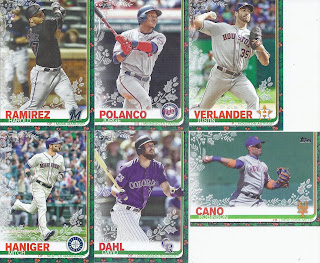 There was even a Met among the 'metallic snowflake' parallels. 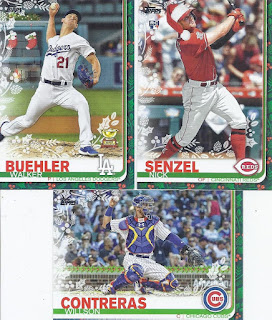 And there were also the SP variations. The brick wall at Wrigley is just perfect for photoshopping in some holly garlands. It, and the Senzel, are the standard SPs, with Buehler being SSP'd.

So, no hit, but an extra festive card. Some may not call it a fair trade, but it is the Christmas season, so I won't complain.
Posted by buckstorecards at 06:33