New year. Same case. I started off 2019 with the posting of a box of Ice where I landed an auto/patch of Martin Brodeur, which was a wonderful way to start the year. For 2020, it just happens the 8th box contained the best, at least in terms of value should I sell it, card of the case. What was it? Read on! 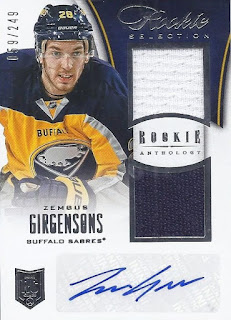 The first card for the first day from the 8th box is the base card auto/relic, featuring a player still in the league sporting a jersey style that mercifully isn't. 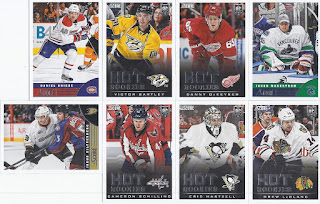 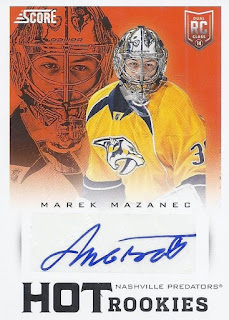 The parade of Preds rookie goaltenders continues into the new year, although Mezanec did have a slightly busier NHL career than Hellberg. Marek is spending this year in the Czech league.

That's a pretty nice way to start off the Prizm portion of the set - the MacKinnon rookie. 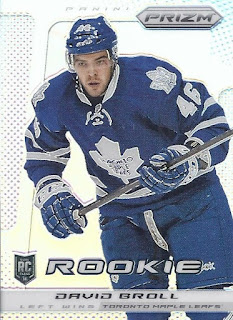 Shiny. Broll played 5 games for the Leafs in the 13-14 season, and hasn't seen the league since. He's now playing in England for the Coventry Blaze. 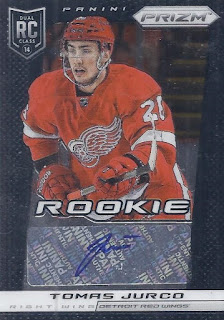 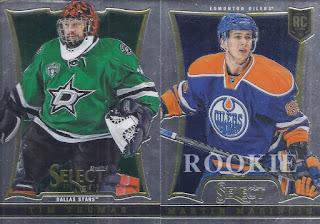 Select brings a card of Tim Thomas still sporting some Florida Panthers colours while in a Dallas uniform, as he'd play 8 games for them as his career drew to a close. 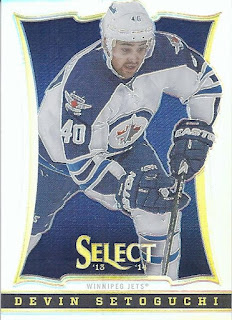 Devin Setoguchi in Jets gear made an appearance here in both the Prizm and Select portion. 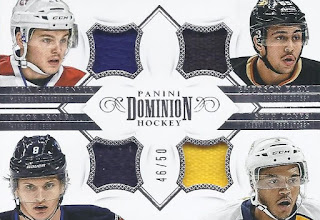 A quad patch featuring a quartet of American players that the back of the card hypothesizes will be the future stars of Team USA on an international level. Of these, only Etem appears to be out of hockey at this point, with the others still in the NHL. 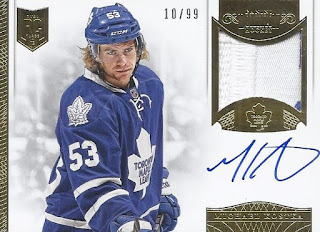 While he's mostly with Tampa Bay in this product, this holdover Dominion card does give another chance for people that really want an auto/patch of Kostka with Toronto one last crack at it. Given the shape of the blue at the right of the window, I'm thinking this piece might come from the logo. 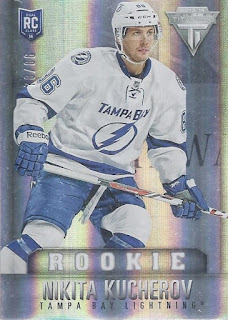 And here's the case hit. The Titanium cards numbered to the player's number are considered true rookies, and sell for a stupid amount. They seem to fall one per case, and Kucherov is easily the big name in this group from Anthology. I got a silver Prizm of Kucherov last time, so I'll probably end up keeping that one and try to unload this.

There you have it!
Posted by buckstorecards at 03:17