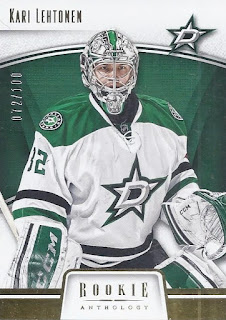 Another day, another box. And a gold parallel starts off this one, with more gold to come. 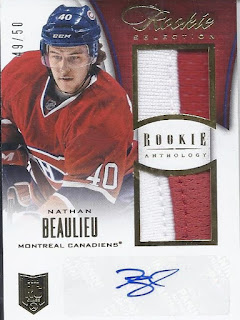 If the first card I show is a parallel, then I guess the Rookie Selection can be a parallel as well. Here's the Prime version of the Nathan Beaulieu card. He also hits the 'still in the league' bonus. He's in Winnipeg. 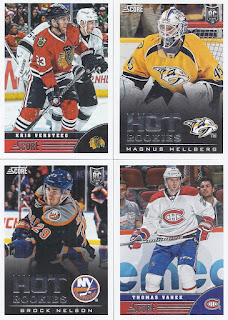 The Score portion of this box is quite compact, as I've sent the other 4 or 5 cards off to Shane @ Shoebox Legends for his set build. Hopefully, it has arrived by the time this post goes live. 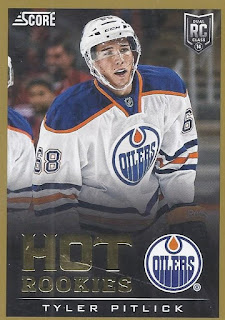 But the gold card is a new one for me. 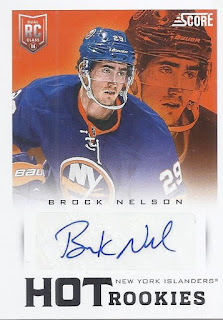 Even if the Hot Rookies auto wasn't. 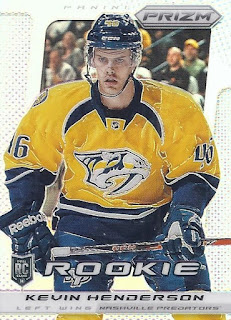 And the shiny card is a Kitchener Rangers alum. 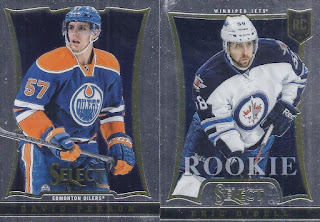 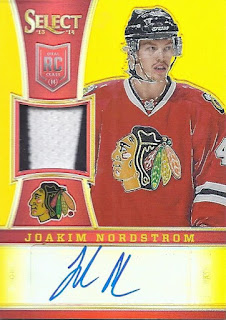 Here's the second golden card of the box, although with Select, the numbering drops from /100 to /10. I'm guessing that patch is from the nameplate portion of the jersey. And again, the player on the auto/relic is still active in the league. 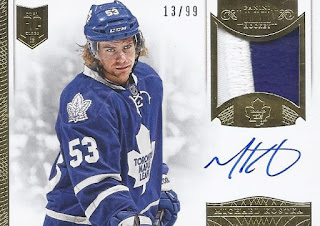 Really? Consecutive boxes both with a Dominion auto/patch of Kostka? Great collation! But, last time I doubled up on Huberdeau Titanium auto/patches /15, so no complaining. I like the relic more on the first one, so that's the one I'll probably be keeping. 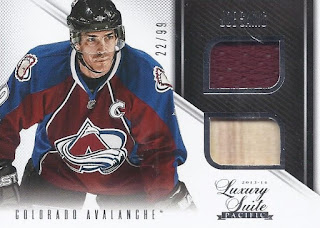 I can't end like that, so here's a far better way to do so. A HOFer's stick and jersey relic!

There you have it! I'll start the double digits and start into the homestretch tomorrow!
Posted by buckstorecards at 05:02