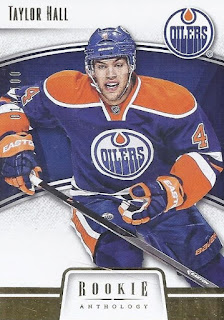 The gold parallels have really picked up in the final boxes of the case. 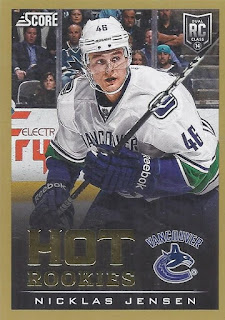 With two boxes left, I'm not going to post the Score base cards any more. They're all dupes at this point. This wasn't, though. 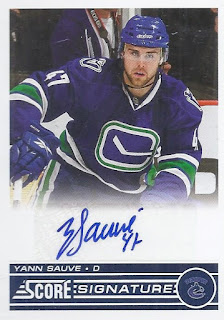 My first Score Signatures card in the case comes in the 11th box. Sauvé had played his final games in the NHL at this point, but I appreciate the variety at this point.

Your Prizm cards. I'm duping up here as well. 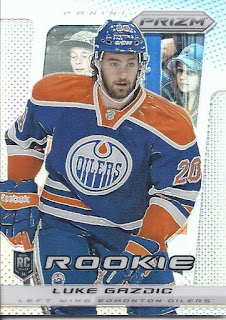 This was the only shiny card in this box. 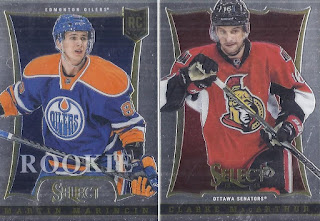 But I did finally land my first Sens insert in the case. 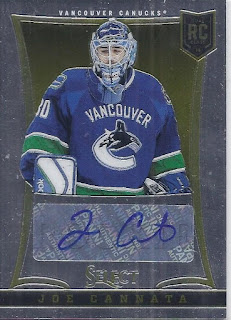 The odd make-up of the set means that this is a base card in the set. Joe was a backup-only netminder. 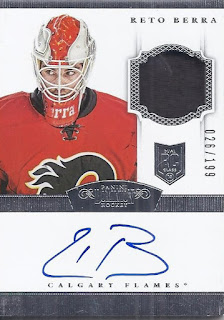 Much like with the Kostka cards, the Dominion update cards didn't get updated in this update release with new teams. Although with on-card autos, this could have been problematic. 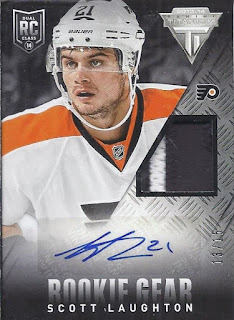 From my first appearance of Scott Laughton in the previous box to my second one here, there's a nice low-numbered auto of his now to go with what is probably a nameplate patch. 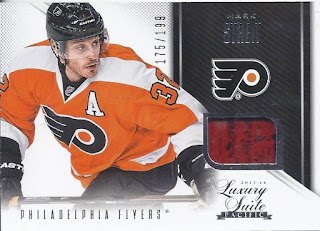 One last piece of Flyers mojo to end this box, with a colour you'd expect to see on an Avs card, not on a stick piece as part of a Flyers card. This case is full of fun surprises!

And there you have it!
Posted by buckstorecards at 05:30