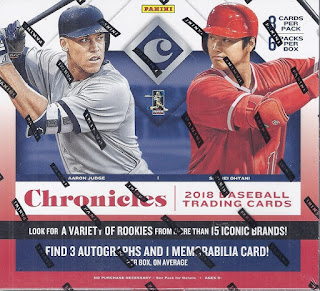 And the final box from the stacks is probably my favourite recent Panini release, mainly because it reminds me so much of another favourite - Rookie Anthology. You might not be able to tell due to the positioning of the logo on the plastic, but there are 6 packs with 8 cards each. 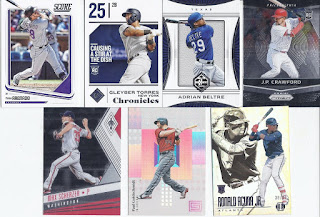 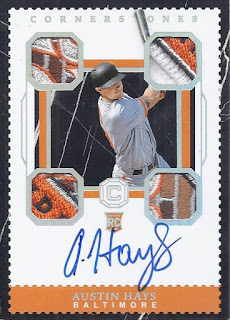 That's because I believed this card deserved to be shown off on its own. They're small, but those are 4 really nice patch pieces. They're all off of the Camden Yards 25th anniversary patch. That's pretty nice, and then you combine it with an on-card auto, and that's a pretty good card. 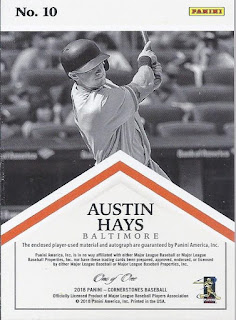 Oh, it is also 1/1. To get more technical, it is a Rookie Cornerstones Onyx. Not black, but onyx. Because that's classier. And it is extra classy since it is written out as text. I'd call this a certain keeper, but if someone can dig up a similar true 1/1 for one of my PCs, I'd listen. Hays struggled this past season, and didn't return to the majors, but this is still a beauty.

Wow. Getting this in the first pack certainly means that there's really not much to really anticipate as this goes on. 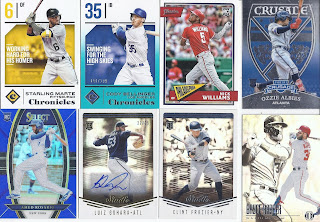 A noble effort by the second pack with a numbered Mets card in sorta team colours. The Gohara autograph is a gold parallel. At least there's also a pretty nice Illusions base card as well. I think the dual photos make this my favourite of the designs used in this set. 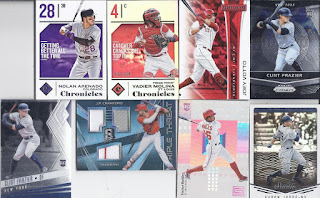 The last time I busted one of these, I also got a /299 Molina Press Proof parallel. I sent that one off to Kerry @ Cards on Cards in a recent bubbler. Now I've got a keeper for me! The pinstriped Crawford is /199 to wrap up the numbered cards in this pack. 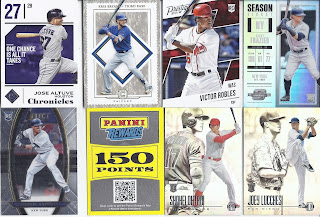 A points card. That's a blah way to wrap up the hits. But at least there was the first Ohtani from this product I've pulled. The Bryant is the base Cornerstones, but it is still /99. 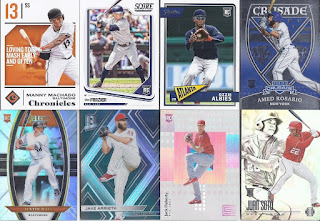 There's the 5th, and final appearance of Clint Frazier in the box. 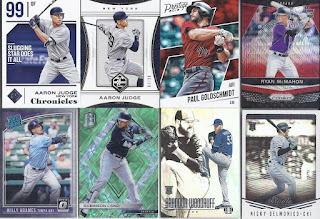 Although none of the hits were Yankees, the box had a lot of them. The pair of Judges move the total to 10, with that Limited being the only numbered parallel from the Bronx. The red McMahon (/199) and the green Cano (/49) were also numbered.

And there you have it.
Posted by buckstorecards at 05:45