Over to basketball, and a cheap, but fun product. Much like Upper Deck Ice, Clear Vision is (was) an all-acetate product. It isn't too expensive, likely because hits are pretty tough pulls, falling 1 every 5 to 6 boxes. But the boxes do come in the always rare colour of clear. 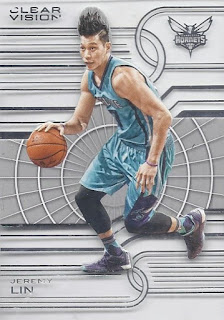 The cards are most clear, except for the player and the coloured background, which are also raised on the card. I'm amused that the portion includes space for Jeremy Lin and his late 90s boy band hair. 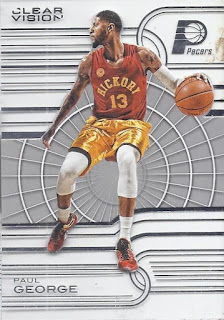 Each pack contained 3 base cards, then either a rookie, a parallel, or an insert. There isn't too much special about the base card photos, but here's a Hoosiers alternate jersey. 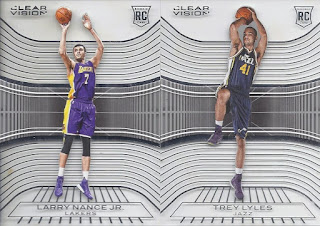 The two rookies. That's the second appearance of a Trey Lyles card over the last few days. 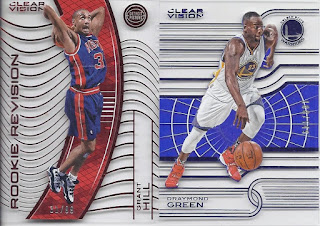 And your parallels. That Grant Hill is really compacted on the background. 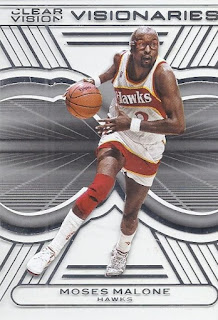 And an insert, which does have my favourite design of the break. While the Visionaries subset isn't exclusively the domain of players sporting eye wear, it works perfectly. Kareem also has a card in this subset, and it looks just as great. Although if they had to extend the checklist as deep as, say, Kurt Rambis, maybe I'll just stick to the coincidental pairings like this. 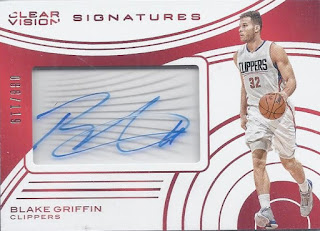 I said autographs were tougher pulls. Not impossible ones. The good thing about the longer odds in pulling them is that they tend to be pretty good ones when they come out. Blake might not be as hyped in Detroit as in L.A., but I'm not complaining.

One more box to go, and despite the Blake Griffin and Curtis Martin appearances so far, my favourite pull, from one of my favourite recent products is still to come!
Posted by buckstorecards at 06:45